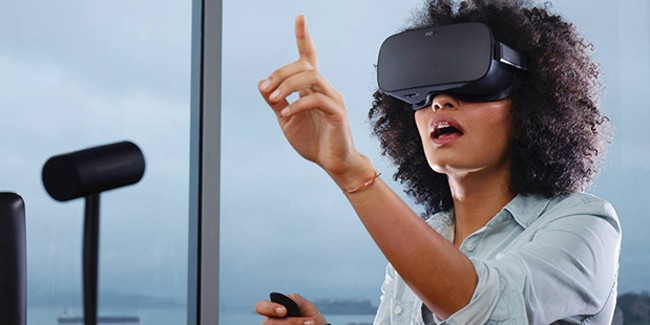 The lawsuit bought by game publisher ZeniMax Media against Oculus and its parent company Facebook doesn’t seem to be going away anytime soon. ZeniMax first filed its suit in May 2014 after Oculus was acquired by Facebook, but has since expanded on the complaint in a recent amendment filed, as reported by Gamer Informer.

In the latest claims to its case, ZeniMax is pointing fingers directly at id Software co-founder and current Oculus’ chief technology officer John Carmack for allegedly stealing resources that aided in the development of the Oculus Rift VR headset.

“Before leaving ZeniMax, Carmack secretly and illegally copied thousands of documents containing ZeniMax’s intellectual property from his computer at ZeniMax to a USB storage device which he wrongfully took with him to Oculus,” the amended complaint stated. “After he had joined Oculus, Carmack returned to ZeniMax’s premises and took without permission a customized tool that Carmack and other ZeniMax personnel had developed for work on virtual reality.”

According to ZeniMax, Oculus founder Palmer Luckey also falsely represented himself to the public as the creator of the Oculus Rift, which the publisher claims would not have been possible without the use of its own hardware and software technology. Furthermore, ZeniMax is accusing Oculus CEO Brendan Iribe of being uncooperative and conspiring in fabricating the original story of how the Oculus Rift was developed.

“Oculus, at Iribe’s direction, disseminated to the press the false and fanciful story that Luckey was the brilliant inventor of VR technology who had developed that technology in his parents’ garage,” the new amended complaint reads.

“In fact, that story was utterly and completely false: Luckey lacked the training, expertise, resources, or know-how to create commercially viable VR technology, his computer programming skills were rudimentary, and he relied on ZeniMax’s computer program code and games to demonstrate the prototype Rift.”

While ZeniMax is hitting hard with these countless allegations, Oculus is not sitting back and taking it lightly. The company has repeatedly rejected the claims and firmly maintained a strong stance against the lawsuit as nothing more than ZeniMax’s attempt to cash-in on Facebook’s $2 billion acquisition of Oculus.

According to an official statement by an Oculus spokesperson regarding the latest filing:

“This complaint filed by ZeniMax is one-sided and conveys only ZeniMax’s interpretation of the story. We continue to believe this case has no merit, and we will address all of ZeniMax’s allegations in court.”

Stay tuned for more on this story, as it develops.