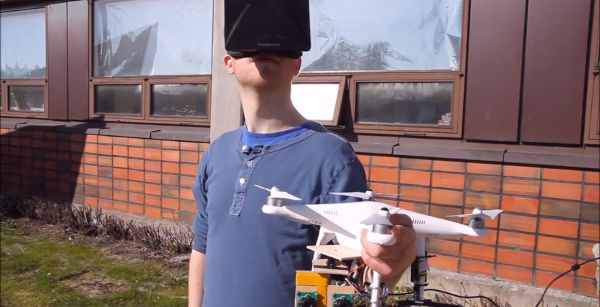 Researchers at the Norwegian University of Science and Technology have taken an Oculus Rift headset, and a camera-equipped drone, such as the DJI Phantom 2 to another level by creating an immersive, and unique way to control the unmanned flight experience. The project included two cameras mounted on the drone to deliver a live-video feed directly to the Oculus Rift and allow users to get a natural bird’s eye view of their surroundings.

The Oculus Rift combined with the dual camera setup provides a real-time stereoscopic display and takes full advantage of the Oculus Rift’s headtrack capabilities. The headset can actually control the camera’s directional movement, resulting in an experience that feels more natural when looking around from the skies above.

While an Oculus Rift-controlled drone experience has been attempted before, it’s interesting how combining both technologies works together to help push new innovations and experiences forward.

Here are two other videos (below) showing an Oculus Rift-controlled drone project:

The open-source code to connect the Oculus Rift headset and camera can be found on GitHub.

Virtuix Gets $3 Million in Funding for VR Omni-Directional Treadmill