Virtuix Gets $3 Million in Funding for VR Omni-Directional Treadmill 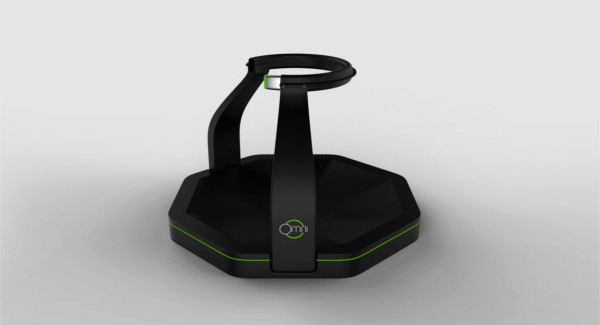 Virtuix, the creators of an omni-directional virtual reality treadmill, recently announced that it has secured $3 million in venture capital funding to help expand production and commercial distribution for its upcoming VR accessory the Omni.

Using virtual reality headsets like the Oculus Rift, the omni-directional VR treadmill enables users to experience the ability to walk, run, and jump within a 360-degree virtual environment for an “unprecedented sense of immersion and presence,” says Virtuix.

The seed investment round was led by Tekton Ventures and Maveron, as well as Scentan Ventures, Scout Ventures, StartCaps Ventures, and a group of private investors. One other investor also included billionaire Mark Cuban’s venture capital firm—Radical Investments.

In an ironic twist, Cuban—a panelist on the popular ABC reality television series Shark Tank previously declined to invest in Omni during an episode that aired in December, when Virtuix CEO Jan Goetgeluk pitched the opportunity on the show. Seems like the Facebook buyout of Oculus may have re-sparked some new financial interest in Cuban’s decision to change his mind.

“Virtual reality technology has finally caught up to the vision consumers have had for decades,” Virtuix CEO Jan Goetgeluk said in the company statement. “The Omni transforms seated virtual reality into a fully immersive, active experience. These funds ensure that we can deliver a great virtual reality platform to our passionate existing community as well as to new audiences and markets that are emerging every day.”

The Virtuix Omni originally began on Kickstarter in 2013, where it successfully raised $1.1 million from over 3,000 backers. To date, the company says it has already pre-sold over 3,000 units and would begin to ship later this summer.

“We believe Virtuix’s virtual reality technology will not only disrupt the immersive gaming landscape but will enable even more useful, personal and entertaining experiences in areas beyond gaming: training and simulation, fitness, medical, military,” said Tekton Ventures founder Jai Choi. “The Omni is just scratching the surface to the possibilities and we’re honored to be working with Jan and the Virtuix team.”


The Omni treadmill is currently available for pre-order on the Virtuix Omni website and costs $499.