Oculus Rift Pre-Orders Will Reserve Your Spot for Touch Controllers 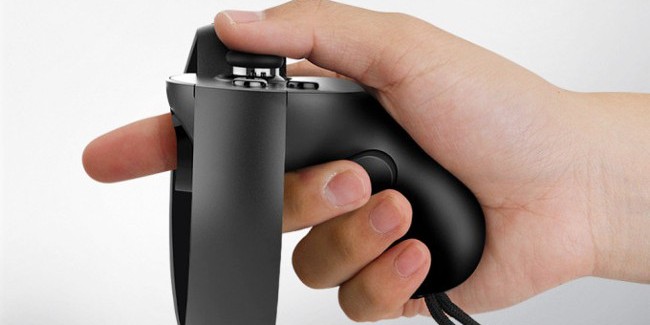 While the much-anticipated consumer version of the Oculus Rift virtual reality headset will be made available for pre-order later this morning, Wednesday, January 6th, starting at 8am PST / 11am EST, Oculus founder Palmer Luckey revealed some additional details for regarding the Oculus Touch controller for those who pre-order the Rift.

According to a tweet by Luckey, anyone that pre-orders the Rift VR headset will also be reserved a spot in line to pre-order the Oculus Touch controllers when the are made available later this year.

Recently, the company announced that Touch would be delayed until the second half of 2016. Oculus explained that pushing back the would allow the company to implement their new, and improved changes to the controller to make it “even more comfortable, reliable, and natural.”

Luckey later said, in response to being asked about any Rift & Touch bundle discount, that “everyone with Touch needs a Rift,” so consider the discount price already built into the price of the “subsidized” Rift hardware.

The price for the Oculus Touch controllers still remain unknown, however, check out some new images of a newly refined design of Touch to hold you over until then. Stay tuned for more updates coming soon.

Oculus Will Give its Kickstarter Backers a Free Rift VR Headset

Oculus Rift Priced at $599, with First Units Shipping in March