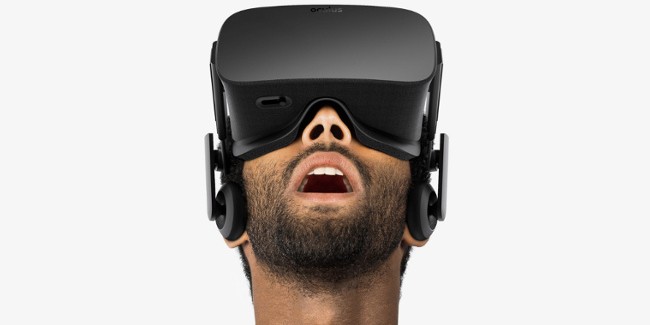 With the consumer version of the Oculus Rift finally becoming a reality, we’re now beginning to see a number of reviews and first impressions coming in from around the web.

For the most part, while there are some criticisms out there regarding the hefty price tag and the lack of Oculus Touch motion controllers at launch, many of the reviews are quite positive. After nearly four years in development since it began its initial Kickstarter campaign, it seems as though the Rift is living up to the hype.

Below are some of the things writers from notable media outlets are saying about the consumer Rift thus far:

“After spending many hours in virtual reality, I believe the launch of the Oculus Rift is the start of a new era. The first time you put it on is the closest thing to real magic you’re likely to experience anytime soon. It’s true that VR has a lot of maturing to do, but this amazing headset is a front-row seat to watch gaming history being made.”

“Testing the bounds of what feels real and how we interact with worlds we control completely is a new frontier for gaming, and the Oculus Rift delivers on that promise. There are issues, and the software will continue to get better and offer more features, but this is a functional platform with a wide selection of available games and experiences. It changed how we think of games. It made us feel. It put us inside things that we used to only be able to see. Going back to a standard screen is hard. Retail virtual reality is here. It was worth the wait.”

“What Oculus has accomplished is remarkable. There’s plenty that even the completely uninitiated user can enjoy. More importantly, the Rift is truly immersive in most cases. The image quality is mostly excellent, and the head-tracking is nearly flawless. Indeed, perhaps what’s most significant is that there are moments when I can say unreservedly and without caveats that I am enjoying the Rift right in the moment—not as a device indicative of some desirable future, but as a device to own right now. I still can’t afford the future of virtual reality, but for the first time, I actually want to.”

“The high cost of buying and running high-end VR headsets makes them inaccessible to many people, and the Rift in particular is relentlessly focused on gaming. Within these limitations, though, the Rift makes a good case for seated VR, and it lays a solid foundation for what’s to come.”

“Comfort is more than weight. It’s an experience. And in that, the Rift more than delivers on its promise. The many technical issues that have plagued VR over the years – latency, image smear, judder – are, if not gone, imperceptible.”

“The Rift is a masterpiece of industrial and technical design, a product that fits the mass consumer market it seeks. It’s sexy, it’s easy to use, and it works incredibly well. For everything you get, the price feels like a bit of a bargain, but the cost of upgrading one’s computer may cause many customers to wait a bit before taking the plunge.”

“The Rift feels like a near-perfect execution of the device Oculus promised they would make back during their 2012 Kickstarter. It’s a VR headset that lets us “step into the game” in a powerfully immersive way that’s unlike anything you’ve seen before.”

“The most pleasant surprise of the Rift launch lineup is how many games succeed even without that first-person perspective. Virtual reality adds a diorama feel to third-person platformers like the charming Lucky’s Tale, as your head becomes the camera. You can lean all over a scene and feel like you’re playing with a sandbox of toy, which is really immersive in strategy games likeAirMech: Command and tower defense titles like Defense Grid 2. Even pinball and air hockey are novel when played in VR, though they’re perhaps not as deep of a playing experience.”

“After decades of incremental improvements to the way PC games and apps are displayed on monitors, the Rift feels like an entirely new way of thinking about how we look at the computerized world. It’s unique enough that a lot of the things we take for granted in computing and gaming are struggling to catch up with the new rules necessitated by its entirely new viewpoint. That means this first step still feels a little rough and uncertain in many ways that lessen its sheer impact.”

“As the first consumer high-powered virtual reality headset, it deserves props for just existing, but incredibly it manages to kick ass as well. Whether you should buy now, just try it out or wait until Oculus Touch arrives depends mostly on your patience and cashflow.”

“$600 is a lot to pay for a piece of gaming hardware. But Rift is different from a console or a new graphics card. Rift allows you to experience games in ways that we’ve only dreamed of up until now, and while it requires you to make a few compromises in the name of immersion, it’s worth it. Yes, you will look silly to anyone who watches you use it, and you will potentially feel uneasy after an intense VR session, but these issues can’t take away from the fact that Rift delivers on its promise to enable more immersive and personal gaming experiences than we’ve ever seen before.”

“Oculus Rift is the 2016 product you hope your neighbor buys. You’ll definitely want to try it, but there’s little reason to own one unless you’re a serious gamer.”

“The initial Oculus Rift headset is stunningly successful, despite its high price and missing Touch controllers and first-gen rough edges. Those drawbacks will likely limit this debut to enthusiasts only at the consumer level, but this hardware can truly transport you to exotic locales—once you’re in-game, there’s no denying that the Rift’s experience is literally awesome, especially if you’ve never tried VR before.”

“You simply must try the Oculus Rift. It’s breathtaking. I just wouldn’t buy one right now—and there’s no reason you should feel the need to, either (especially with its archrival, the HTC Vive, also just days away). The longer you wait to buy, the better it will get. This is just day one for Oculus—and for the future of virtual reality.”

“After spending a week with the Oculus Rift, I have no doubt that its approach to virtual reality is indeed the real deal. It’s well built and easy to set up, and there are already a few games and apps that’ll make VR believers out of the most ardent naysayer. The only problem: It’s $600 and requires a powerful gaming PC. Just as with every new technological milestone, it has the potential to change the world. But at this early stage, only a few can afford it.”

The Oculus Rift is the first high-end VR consumer headset to hit the market, and it definitely sounds like its setting the bar for all other competitors in the VR industry. Get ready, because the VR revolution is now fully underway.