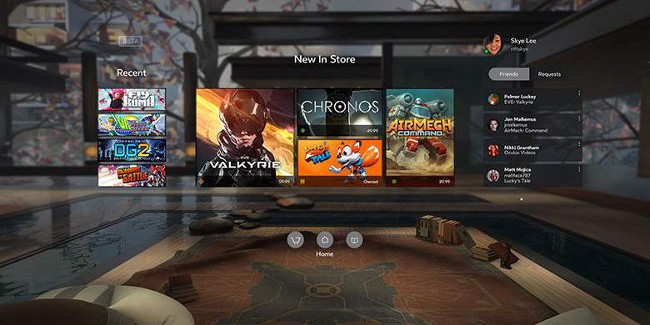 The Oculus storefront is designed to distribute a wide range of experiences, games, and immersive video content for Oculus Rift users to enjoy on its platform. There’s also an opt-in option for users to access VR content that is not distributed via the Oculus store. This essentially makes for a more “open platform”, however, some seem to disagree.

One such critic of the Oculus Store, is Tim Sweeney, the co-founder of Epic Games. In a series of tweets, he strongly expressed that Oculus was treating games that are downloaded from other platforms as “second class citizens.”

While Sweeney’s opinion is not shared by everyone, there may be some truth to it. The concern is that in order to play games from places like Steam, you need to change the Rift’s default settings to allow them to load from an “unknown source,” which may discourage most average Oculus Rift users.

“In what possible sense is this an ‘open platform’? Developers have to ‘request keys’ for Oculus DRM,” Sweeney stated in a follow-up tweet, directly contesting Oculus. According to a recent Oculus blog post, any developer that wants to sell their games on the Oculus Store and elsewhere must request permission through a royalty-free key system to distribute their content.

“You can also request keys (royalty free) to sell your Oculus PC app on other stores while making it available to the community through the Oculus platform,” Oculus explains.

For their part, Oculus believes that they are being very fair with regards to keeping the marketplace “open” for Oculus Rift users. If someone is comfortable with using games and apps that are not explicitly approved by Oculus, they can simply check the “unknown source” button and play anything they want. The idea behind Oculus having its own storefront, at least from the company’s perspective, is not to lock out content—but to ensure a minimum standard of quality in games and apps for early Rift users.