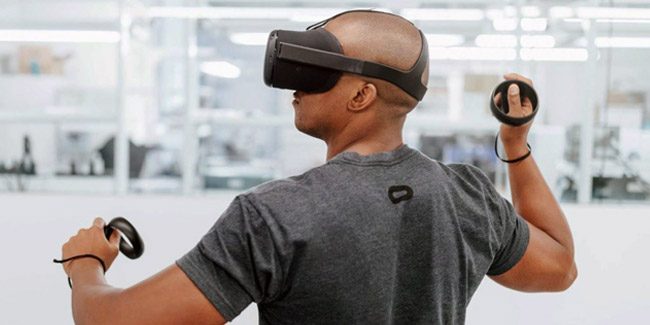 Oculus reportedly has plans to finally launch its highly-anticipated standalone VR headset, code-named ‘Santa Cruz’, in the first quarter of 2019.

According to a report from UploadVR, citing multiple independent sources, Oculus is now aiming to release the ‘Santa Cruz’ headset in the first quarter of 2019. However, when asked for an official confirmation on the expected release, an Oculus representative wouldn’t comment on speculation of future plans or announcements, but said instead that “OC5 will be really exciting.”

The ‘Santa Cruz’ standalone headset has been in development for a number of years now and it will offer features that are more commonly found in high-end VR headsets, but without the need to be tethered to a PC. The headset is designed similar to Oculus Go, however, integrated cameras are added to allow for inside-out tracking with 6 degrees of freedom (6DoF) head movement and a pair of Oculus touch-style motion controllers. This means users will be able to get an immersive experience that is much closer to what the Oculus Rift currently offers.