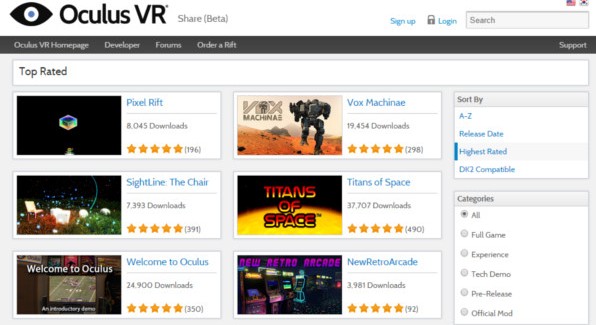 Oculus has once again reached a significant milestone, and this time it’s with its Oculus VR Share platform—an online VR marketplace that allows developers to publish and share their own Oculus-ready games and experiences with the world to discover and download for the Oculus Rift virtual reality headset.

Oculus Share just crossed 2 million unique downloads! With 600+ games/apps, the creativity of the VR community is nothing short of awesome!

While no official release date for the consumer version of the Oculus Rift has been announced yet, it’s clear that Oculus is making sure with its self-publishing VR platform that there will be no shortage of available VR content to satisfy everyone’s needs at the time of launch.