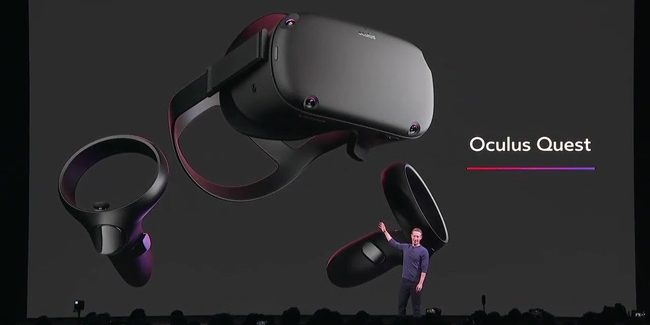 Facebook CEO Mark Zuckerberg revealed during a recent quarterly earnings call with investors that people have purchased nearly $5 million worth of VR content in the Oculus Store on Christmas Day alone.

Zuckerberg says in the Q4 2019 earnings call to investors that this was “an outlier day” but expressed the fact that it was still “real volume by any measure” and that it signifies the progress that the ecosystem is making.

According to Zuckerberg, the company’s VR efforts “hit a real milestone for virtual reality” thanks to its standalone VR headset, the Oculus Quest, which sold out in the U.S. shortly after launch, and since then has been on backorder across some major retailers until as far as March. Zuckerberg stated that sales are “stronger than expected” and that people are purchasing and engaging with more virtual reality content than the company had expected too.

“The experience also just keeps on getting better,” Zuckerberg went on to say to investors on the call. “Last quarter, we shipped hand tracking, which almost no one thought was going to be possible with the Quest hardware. And we shipped Oculus Link, so now you can run all of your Rift content from your PC on Quest.”

“On the AR side, while we’re working on the long term hardware and operating system, it’s worth noting that our Spark AR platform is the most widely used AR platform in the world with hundreds of millions of people interacting with effects every month. Artists are using this to create new face filters and other tools that are going viral across Instagram and Facebook. We’re well-positioned here overall and we’re going to keep developing this platform.”

You can learn more from the Q4 2019 earnings call by checking out the full transcript on Zuckerberg’s Facebook post.