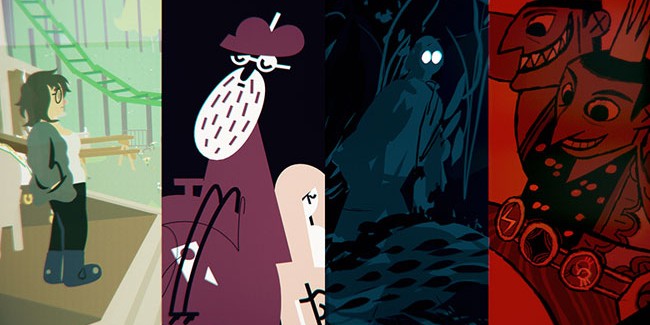 The team at Oculus Story Studio announced that their latest virtual reality film project Talking with Ghosts will premiere at the 2017 Tribeca Film Festival next month on April 21st in New York City.

Talking with Ghosts features a collection of four, comic-like short stories which were each created by four esteemed artists using Oculus’ illustration creation tool, Quill. As a result, these four talented artists with no prior experience in illustrative VR storytelling were able to “reimagine the medium” by taking viewers on a truly immersive experience “inside the pages of a comic.”

The four short ghost stories featured in Talking with Ghosts include:

Talking with Ghosts follows the release of last year’s highly-acclaimed Dear Angelica, which was Oculus Story Studio’s first illustrative VR short film created entirely within virtual reality using Quill. With Dear Angelica, the Story Studio team not only ushered in an exciting new form of immersive storytelling but also inspired a whole new wave of artists throughout the industry. The team now aims at making it easier and more intuitive for artists to be able to express their creativity and tell their stories in VR.

“We believe the best way to make a VR experience is inside VR, unencumbered by the tools of the past, and we’re excited to share the latest results at Tribeca to help inspire other artists,” said the Oculus Story Studio team in a new blog post. “We’re still in the early stages of made-in-VR illustrative storytelling. We can’t wait to see what the VR filmmaking community does with Quill in the coming years.“

For those who can’t make it to the Tribeca Film Festival to see the new film’s big debut next month, don’t worry, you’ll be glad to know that Talking with Ghosts is also coming to the Oculus Store later this year.