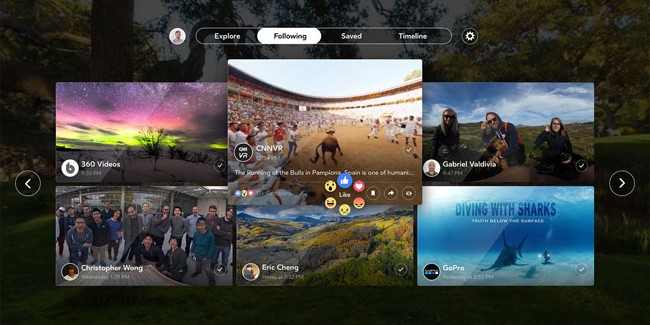 Currently, there are more than 25 million 360 photos and over a million immersive 360 videos posted by users on the social media platform, which showcases a wide range of 360-degree content for everyone to enjoy. With this new dedicated VR app, users can now easily explore and discover some of the most popular 360 photos and videos from across Facebook, including from Pages and people they follow.

According to Oculus, “Whether you want to visit exotic locales across the globe, go backstage with your favorite band, or be on the ground for breaking news, the magical combination of Gear VR and Facebook 360 lets you be anywhere in the world, anytime.”

From the app, users can also post reactions to photos and videos and share them with others on Facebook. The company promises that it will add more social features soon.

Facebook 360 is available to download in the Oculus Store for the Gear VR. Currently, no word yet on when the app will make its way to the Oculus Rift, but Facebook says it hopes to bring the app to more platforms in the future.