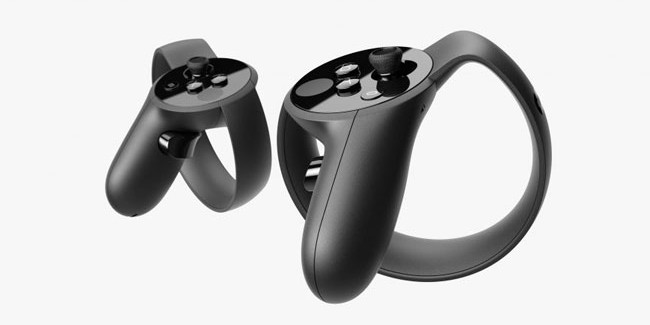 Oculus is now officially taking pre-orders for their long-awaited Touch motion controllers starting today via the Oculus website for $199 and will begin shipping on December 6th.

Pre-orders will come bundled with two Touch controllers, an additional tracking sensor, a Rock Band VR connector, as well as two games that take full advantage of the new controllers—VR Sports Challenge and The Unspoken.

In an effort to ensure the pre-order process goes as smooth as possible for early adopters, Oculus is granting ‘priority status’ to existing Rift owners who pre-ordered and purchased the Oculus Rift headset from the company’s website. To claim priority status on your order, it simply requires you to place your Touch order prior to October 27th using the same e-mail address used when pre-ordering the Rift.

Oculus promises that there will be 35 Touch-supported games when the controllers’ launch. In addition, for anyone planning to use Touch to support room-scale VR experiences, Oculus is offering extra sensors, which will include a USB extension cable starting today for $79.

When the Oculus Touch launches on December 6th, there is no question that it will be a ‘must-own’ accessory for all Rift owners to bring their VR experience to the next level. Be sure to pre-order yours today!

Disney and ‘Blade Runner 2049’ is Coming to the Oculus Platform