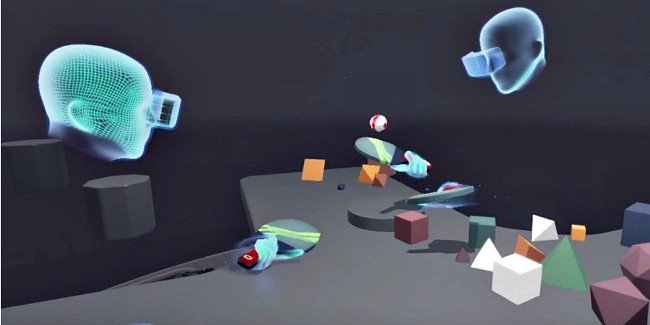 On Wednesday, Facebook CEO Mark Zuckerberg expressed his excitement on the latest innovation from Oculus with its VR motion-sensing controller technology, the Oculus Touch.

When describing the company’s internal Toybox tech demo, Zuckerberg referred to it as the “craziest” experience he’s recently had with virtual reality—particularly when playing VR ping pong.

“You feel like you’re right there with your friend even though they may be halfway around the world,” Zuckerberg wrote in a Facebook post. “And not only can you hit the ball back and forth, but you can turn gravity up and down to simulate completely different worlds—outer space, underwater, and so on.”

The power of social interaction within the virtual world is definitely something Facebook is keen on emphasizing, and being able to connect users from around the world in a total immersive environment is not only amazing, but just a matter of time.

Last year, Facebook acquired Oculus VR for $2 billion, and up to this point has proved to be a successful partnership alongside Oculus. While sharing the perfect social VR experiences with friends is still some ways away, according to Zuckerberg, “we’re getting closer.”