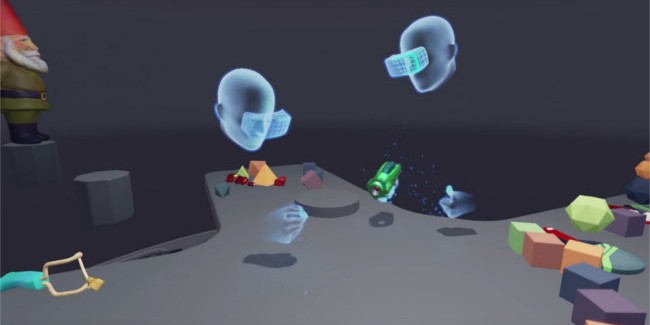 Those who were lucky enough to attend one of the recent events like E3, or Oculus Connect 2 will be familiar with the company’s internal tech demo, Toybox, which is shown in the video.

The video offers a brief glimpse of how players will be able to utilize their hands with the use of the Oculus Touch controllers to manipulate objects, poke at things, stack blocks, play games, and best of all, be able to interact with other people in real-time within the virtual world environment. Unlike a traditional gamepad, the Touch controllers offer users a much more immersive experience, that not only enhances the sense of presence but allows for a more natural form of social interaction.