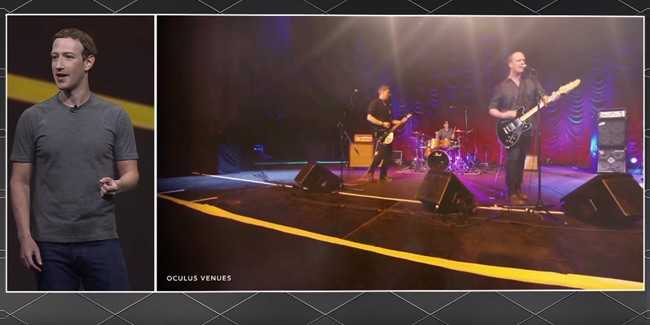 On stage at this year’s Oculus Connect 4 developers conference, Facebook CEO Mark Zuckerberg announced that the company is currently developing a new social space called Oculus Venues, which will allow users to watch live concerts, sports, movie premieres, and other live events in VR with friends and other people from all around the world.

Oculus Venues offers an immersive social experience that lets users transport themselves into a virtual arena to watch live events simultaneously with “up to 1,000 people” together as if they were really there, all from the comfort of their homes. “It’s another example of how VR is going to bring us closer together in ways that might not be possible in the physical world,” Zuckerberg said.

Oculus Venues is still in its early development phase, so there were not many other specific details discussed yet, but Zuckerberg did say that it will be released and available for everyone to try next year. We expect Oculus to share more information on Venues in the coming months ahead.