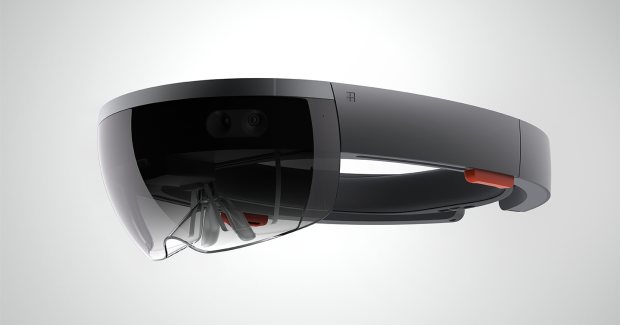 While there have been many rumors about Microsoft planning its own virtual reality headset for quite some time, today we finally get a glimpse of Microsoft’s answer to the virtual reality race alongside Oculus, Sony’s Project Morpheus, and others aspiring to claim the VR crown.

During the Windows 10 conference, however, Microsoft introduced something quite different, that sets it apart from others—it’s called, ‘HoloLens’.

Unlike the Oculus Rift, Microsoft’s HoloLens head-mounted display (HMD) is setting out to deliver a unique augmented reality experience, that enables the wearer to see through the lens and interact with holograms in the real world. The HoloLens technology is a completely different approach, compared to the growing trend for virtual reality taking place, and this has many people quite excited about it—including, the founder of Oculus VR, Palmer Luckey.

At the Windows 10 event, Microsoft even openly invited Oculus VR to help create and develop content for HoloLens. The possibilities of new, useful applications, immersive experiences, and technological advancements are set to get even better.

The future of computing looks bright. And with the amount of research and development being poured into Head-Mounted Displays (HMD) for virtual and augmented reality, we definitely have a reason to be. This is just the beginning of new innovative applications, immersive experiences, and technological advancements that are set to make the impossible, possible.