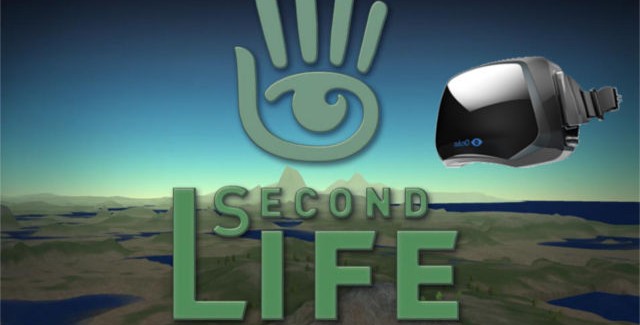 One of the most popular and free massively multiplayer online role-playing games (MMORPGs) available is Second Life. With around 33 million registered users, Second Life puts players in control of their own customizable avatar within a 3D online virtual world. In this open-ended experienced players can do practically anything they can imagine within the virtual world that they can do in real life—such as buy clothes, sell items, buy property, listen to music, watch movies, socialize, play games, to even having sex…..yes, even that.

Linden Lab, the developer that created Second Life, has previously mentioned in the past that Second Life with Oculus Rift support is coming, and now users are finally one step closer to experiencing it for themselves.

In a recent announcement made on Linden Labs blog page, “Second Life’s Oculus Rift Integration is Ready for Beta Testers“:

“The Oculus Rift offers exciting possibilities for Second Life – the stereoscopic virtual reality headset brings a new level of immersion to our 3D world, making Second Life a more compelling experience than ever before.

Though a consumer version of the headset isn’t available yet, we’ve been working with the development kit to integrate the Oculus Rift with the Second Life Viewer. We now have a Viewer ready for beta testers, and if you have an Oculus Rift headset, we’d love to get your feedback.

If you have the Oculus Rift development hardware and would like to help us with feedback on the Viewer integration, please write to sl_oculus_beta@lindenlab.com to apply for the limited beta.”

While this is only Beta, and still requires a lot more time for development, CEO Rod Humble, makes it clear that they are focused on providing Second Life user’s with a truly immersive and unique experience. While no date is announced for the official Second Life Oculus Rift support to become available to the public, some users have already been trying the Oculus Rift in Second Life using the third-party CtrlAltStudio viewer.

With the Oculus Rift continuing to gain more, and more support from developers that create games and immersive experiences that appeal to the masses, we may eventually see an Oculus Rift as common as owning a computer in your home…Only time will tell.