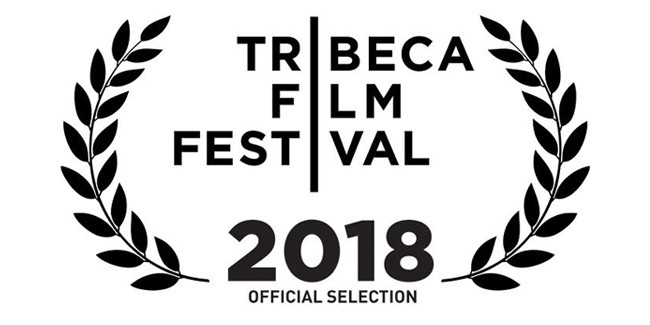 This year’s 17th annual Tribeca Film Festival is set to showcase an impressive lineup of immersive storytelling content by artists who are pushing the boundaries and using cutting-edge technology to tell stories and create new experiences. Among the immersive lineup, are six Oculus-supported projects.

A total of three out of the six projects funded by Oculus came out of the company’s VR for Good Creators Lab, which is a program aimed to fund and help bring exciting new voices to the field of VR filmmaking to create transformative immersive experiences that showcase the need for social change.

This year at Tribeca, alongside 21 virtual and augmented reality world premieres in the Virtual Arcade and five projects in Storyscapes, the festival is also launching Tribeca Cinema360, a VR theater featuring four curated screening programs of 360° mobile content, running April 21st to the 28th.

“Each year, we’re seeing creators push boundaries and explore new ways to tell stories through VR.” said Ingrid Kopp, co-curator of Tribeca Immersive. “As the technology improves, so does the storytelling, and with that we are able to use VR to tackle new issues, experiences, and narratives and invite new audiences to experience these projects.”

Here’s the lineup of the Oculus-funded projects that will be featured as part of the 2018 Tribeca Immersive program:

Meeting a Monster examines the memories and motivations of former white supremacist Angela King. Through audio recordings, dramatic re-enactments, and present-day footage, the film invites us to experience both the stereotypes and bigotry that lured Angela into the white power movement as well as the encounters that led her back out. While the monsters of Angela’s past and imagination define much of the eight years she spent mired in bias and hate, she finds the path to redemption only after encountering and acknowledging the ultimate monster—herself.

In southern India, debt bondage enslaves entire families in a vicious cycle of deception and violence. The Hidden follows the developing case of a family of nine that has been enslaved in a rock quarry for 10 years—over the ludicrous sum of just $70 USD. Indian government representatives and human rights activists plot a raid to attempt to apprehend the creditor and free the family. The Hidden takes you to sites of active slavery and inside the rescue mission itself, bringing you face-to-face with two families as they endure the unspeakable.

Authentically Us: She Flies By Her Own Wings

Even as transgender visibility in pop culture continues to break glass ceilings, direct violence and discriminatory legislation against the transgender community continues to rise. Shannon Scott stands up at a time when her communities—proud transgender service-people and veterans of the US Armed Forces—are vulnerable and under attack. Shannon has dedicated her entire adult life to defending and safeguarding American citizens at home and abroad. Driven by the military tenet of “Leave No One Behind,” she seeks freedom and justice for all from the marbled halls of Washington, DC, to the hallowed ground of those who championed equality before her.

Directed by Alexandre Aja (High Tension, The Hills Have Eyes) and starring iconic ’80s horror icon Robert Englund of Freddy Krueger fame, this episodic narrative from Future Lighthouse and Dark Corner leverages the unique affordances of VR storytelling to chill and thrill audiences like never before.

WITHIN Founder and CEO Chris Milk joins forces with OK Go’s Damian Kulash to let you and a friend experience the joy of music creation. Enter an environment surrounded by magical music-making contraptions, involving animals and robots wondrously working together with your help to create an original song.

The Big Bang was silent. Then came sound. Journey through the history of sound in the Universe and uncover the strangest song of all. Following the premiere of the first episode of SPHERES at Sundance, Eliza McNitt returns to debut the second installment at Tribeca. And with an unprecedented deal signed as a result of the project’s first public showing, we can’t wait to see what the encore has in store.