Treating Eye Conditions with Diplopia for the Oculus Rift 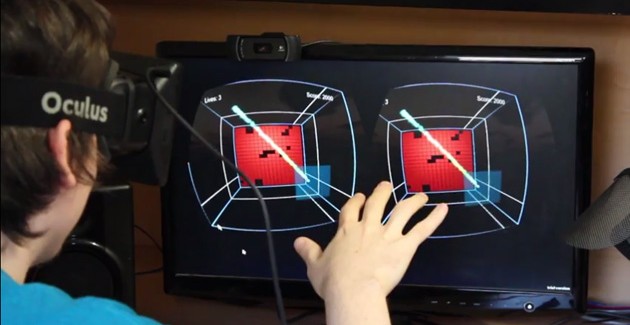 The next Oculus Rift development kit is scheduled to hit the market in mid-January of 2014, and many people are saying that it can do a lot more than just provide the ultimate gaming experience! Some people have even claimed that this will be a great tool for those with certain eye conditions. There is a game out there called Diplopia, which is going to change the industry of ocular care as well. With the Oculus Rift, you may find it to be useful in more ways than one.

Initial Goal for Funding on IndieGoGo

Diplopia developers have set out an initial goal on the IndieGoGo campaign website to get the funding that they need to start up their development. They had an initial goal of $2,000, which was completely smashed. In fact, they have since been able to raise nearly $5,000, and there is still time left in the campaign. That means that the initial funding requirements have been met to get started on this new innovative product.

How the Game Can Help Treat Strabismus (Crossed Eyes)

So, how exactly can Diplopia for the Oculus Rift help to treat certain eye conditions? It has been shown to be effective at treating Strabismus, which is also known as crossed eyes. According to James Blaha, “Diplopia takes advantage of the wealth of new information in scientific studies that have come out in the past couple of years to create an experience that will effectively train people who have a suppressed eye to use that eye in conjunction with their good one. Evidence shows that with a simple well designed game it only takes 1-2 hours a day for 2-3 weeks for a person to get measurable improvements in their vision.”

So, can you really just spend a couple of hours a day for a couple of weeks and see a real difference in your vision? If so, then that would be amazing! It is definitely something that people should consider worthwhile, especially if it proves to be effective.

Is It Worth the Research and Development Investment?

So, just how worth it is the research and development that will have to be invested into the Diplopia game? When you think about the modern advancements in medical technology, you will find that this is much more than just a game. It is going to forever change the way that vision problems are treated because if it does in fact work, many of the new and coming optometrists are going to be backing the product as well!

As you can see, the Oculus Rift may seem like just a gaming tool for Virtual Reality gamers, but that isn’t the case after all. It is going to have a variety of other uses, and you are sure to find that it is a huge step when it comes to the eye care industry as well. With that being said, it only makes sense to promote their funding efforts.