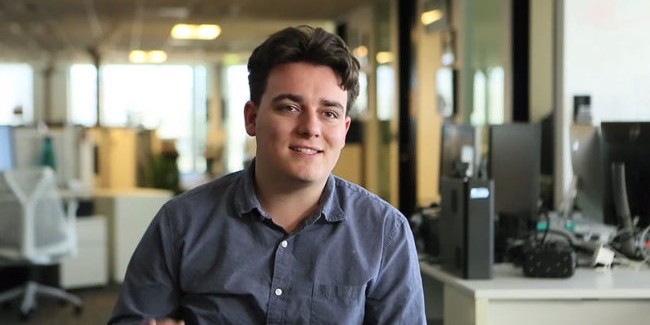 So, how big do we expect virtual reality technology to be in the future? Well, according to Oculus founder, Palmer Luckey, believes VR is going to eventually become “more ubiquitous” than smartphones.

Speaking at this year’s Web Summit 2015, Luckey shared his thoughts on how technological advancements in virtual reality, as well as augmented reality, will combine and impact how people use mobile devices in their everyday lives.

“Eventually AR and VR technology will converge and combine,” Luckey said. “You’ll wear it all the time or carry it around with you all the time. I’d be very surprised if 50 years from now we’re still all carrying around slabs in our pockets when you can just project a virtual environment.”

While Luckeys’ bold prediction has a long way to go and many obstacles to overcome before we see if it becomes a reality, it’s a vision of the future that embraces the essence of what we imagine a sci-fi world to be.

“VR is a science-fiction technology,” says Luckey. “It’s right up there with space travel and time travel and artificial intelligence and flying cars.”

The consumer version of the Oculus Rift virtual reality headset is set to release early next year. Stayed tuned for more updates, as it develops.

Facebook Plans to Build a ‘Teleporter’ with Oculus VR Technology