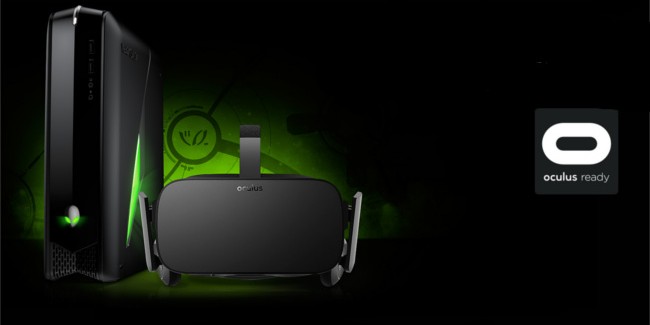 AMD has officially announced its collaboration with Oculus VR and Dell to power its line of Alienware ‘Oculus Ready’ PCs with AMD Radeon R9 GPUs starting at $999.

According to AMD, these PCs are powerfully designed to deliver “stunning gaming performance” and immersive virtual reality experiences utilizing its LiquidVR technology and Graphics Core Next architecture.

“It’s an exciting time to be at the heart of all things Virtual Reality,” said Roy Taylor, corporate vice president of Alliances and Content for AMD. “I’m confident that with Dell and Alienware, we can enable a wide audience of PC users with extraordinary VR capabilities powered by AMD Radeon GPUs.”

AMD’s LiquidVR technology, which was introduced back in March at GDC, is designed to enhance virtual reality rendering, bring low-latency VR performance for achieving a greater sense of believable presence, and provide users with a much more comfortable experience when immersed within the virtual world.

“For nearly 20 years Alienware has been a leader in performance and innovation for PC gaming; virtual reality is the next frontier and we plan to innovate and lead in the same way, with the same passion,” said Frank Azor, co-founder and general manager of Alienware. “Partnering with the performance of AMD graphics and the innovation of Oculus provides an incredible opportunity for Alienware to deliver something awesome for our users.”

PC manufacturers are expected to begin rolling out Oculus Ready PCs in time for the highly-anticipated release of the consumer Oculus Rift virtual reality headset, slated to arrive in Q1 of 2016. Stay tuned for more updates on Oculus Ready PCs, as it develops.