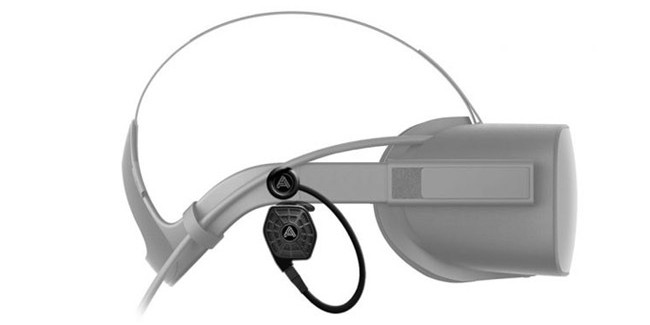 The role of audio is crucial for creating a truly immersive and persuasive VR experience, and companies are finally starting to understand its value. Announced at CES 2017, two new headphone solutions were unveiled promising to deliver a superior VR audio experience that is compatible with the Oculus Rift.

Starting off, audio company Audeze debuted its latest innovation, the iSINE VR headphones, which utilize the company’s patented planar magnetic driver technology. This advanced feature is typically found on larger studio-grade headphones. However, a smaller version was already revealed by the company last year. Unlike most headphones, planar magnetic technology uses a thin diaphragm and an array of magnets rather than a voice coil to produce sound. As a result, you get a more rich, natural, and immersive audio experience with considerably lower distortion, a wide soundstage, and a more accurate bass response down to 10Hz, according to the company.

The iSINE VR headphones not only work with the Oculus Rift, but also the HTC Vive, PlayStation VR, and StarVR headsets. It will be available later this month and cost $399.

Now, for those perhaps looking for another option, the JBL OR300 on-ear and JBL OR100 in-ear headphones from Harman International Industries may be right for you. According to Harman’s SVP of consumer audio, Dave Rodgers, the new headphones “were built to deliver immersive sound to consumers seeking an unparalleled virtual reality experience.”

Both the OR300 and OR100 headphones are lightweight and offer an ergonomic fit design, which features JBL’s Pure Bass sound technology, as well as sealing ear tips and cushion to provide users with an immersive audio experience in VR and block out any ambient noise from the real world.