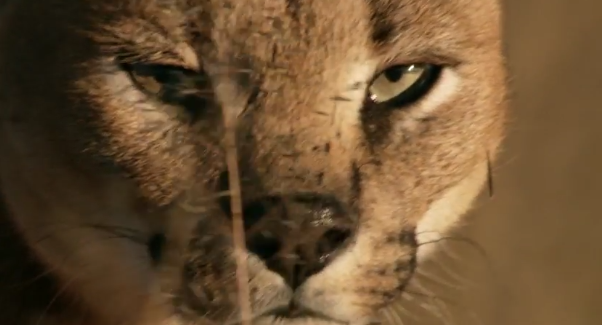 Oculus and BBC Earth, the world’s leading natural history producer, have announced a joint partnership that will bring three new exciting virtual reality experiences to the Oculus Rift and Gear VR starting in January and will be available to download for free during the first three months.

This venture marks the first time BBC Worldwide has produced content as a virtual reality experience and it doesn’t seem to be the last. “Ambitions to produce more of these experiences in the future will also complement motivations to offer audiences with new and engaging ways to enjoy BBC Worldwide content,” according to a statement.

The three-part virtual reality series will immerse users into the daily life of a Caracal Cat, an Oogpister Beetle, and Black Bears. Cat Flight, featuring the extraordinary leaping ability and survival skills of the Caracal Cat, will integrate computer-generated imagery (CGI) with 360-degree video. The user will be able to freeze the Caracal mid-jump and zoom in to learn about this animal up close and personal.

The second experience, Oogie, is an interactive CGI game that is based on real-life footage from BBC Earth of the Oogpister Beetle “as it scurries through the African Savannah.” The user will get the chance to take on the form of the beetle to guide it to safety, avoiding hazards, obstacles, and deadly predators.

The third experience, Bear Island, will present you with an interactive 360-degree video that follows Black Bears on their journey to the banks of an Alaskan river. The user will be able to jump between different perspectives and explore parallel storylines.

“We are delighted to be partnering with Oculus to give audiences a completely different insight into the natural world. By allowing users to immerse themselves in the environments of these three animals, we are hoping to bring people rich and unforgettable adventures different from any traditional natural history series,” said Julia Kenyon, global brands director for BBC Worldwide.