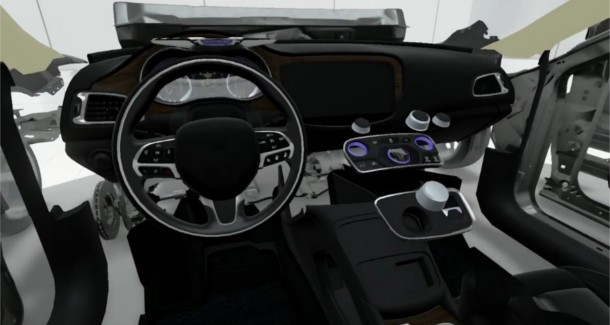 Chrysler unveiled a unique promotional video at the recent Los Angeles Car Show 2014 that used the Oculus Rift VR headset to show attendees the new Chrysler 200. The four-minute video, Beneath the Surface, didn’t just give people a view of the car, it did something much different.

While Volvo and other car manufacturers have begun to explore the use of the Oculus Rift DK2, Chrysler is one of the first to begin stepping beyond the boundaries of promotion as we know it. You not only got to experience the new Chrysler 200 in 360-degrees, but the video then moves you inside the car as it is assembled on the manufacturing line. The robot welders and other equipment progress as the car is literally assembled around you, when it is done—the test drive begins.

For the automotive industry, there is no question virtual reality technology stands to change the way people buy, and test-drive vehicles in the future. Beneath the Surface is just one example of how consumers can become immersed in a product brand within a virtual environment before making a purchase, and this is just the tip of the iceberg on the potential of virtual reality for the entire industry as a whole.