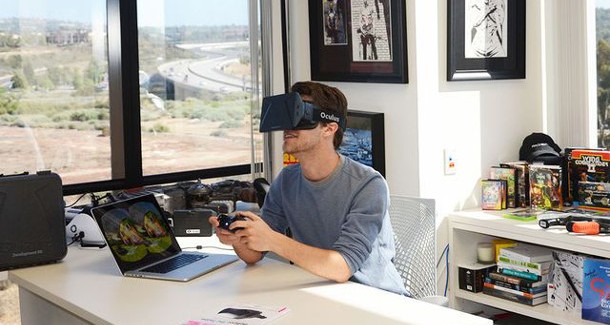 When Oculus VR announced it was partnering with Facebook the tech community was taken by complete surprise. A swift flurry of interviews and articles followed the announcement with Oculus VR CEO Brendan Iribe explaining the reasons behind the decision to go with the social networking giant was made, and to help ease doubts in the minds of its loyal VR supporters. Facebook acquired Oculus VR for $2 billion dollars, but that could have easily been afforded by what some considered a more likely partnership with Microsoft, Sony, or Google. However, Oculus had clear intentions not to partner with none of them, no matter what.

While speaking at the Business Insider’s Ignition conference, Iribe said, “If we were going to partner with somebody, because this is a long road ahead…we were thinking the whole time that we wouldn’t partner with Microsoft or Sony.”

Iribe goes on to explain that Oculus did not want to partner with a company that was already strongly tied to an existing operating system or platform, and the result would have been too limiting and restricting.

“This really needs to be a new platform,” Iribe said.

He added that Google was also not a viable option to partner with because its attention was already spread across a variety of larger-scale projects. His concern was that Oculus would not get the focus it deserved, and ultimately not become what it set out to be.

“We didn’t know how much time we’d get from the leadership team,” he said.

Iribe noted one of the main reasons Oculus partnered with Facebook is because the Oculus Rift has the potential to become a true social platform. “Your brain just believes you’re there,” Iribe said in reference to the Rift.“The next step is to feel like you’re there with other people.”