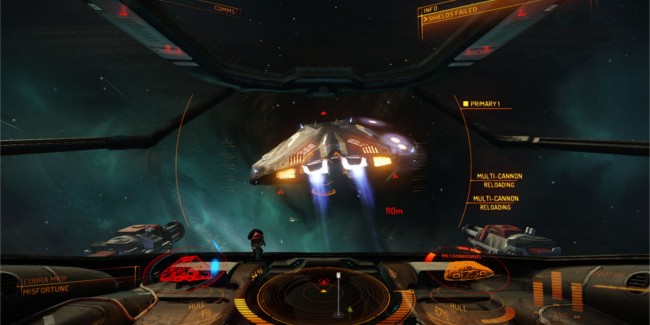 Elite Dangerous, a game based on deep space exploration, trading, and engaging in combat developed by UK studio Frontiers Development has been officially announced as a launch title for the Oculus Rift.

“Frontier was one of the earliest Kickstarter backers and developed Elite Dangerous with VR in mind,” said Oculus. “It also supports cross-platform multiplayer, which means you can explore the galaxy with players across Oculus, consoles, PC, and Mac.”

Elite Dangerous will take the game to a whole other level in VR, with so much of this game based on exploring countless galaxy systems, and fighting through intense space battles, being able to immerse yourself in this scenery with an Oculus Rift headset is a completely unique experience.