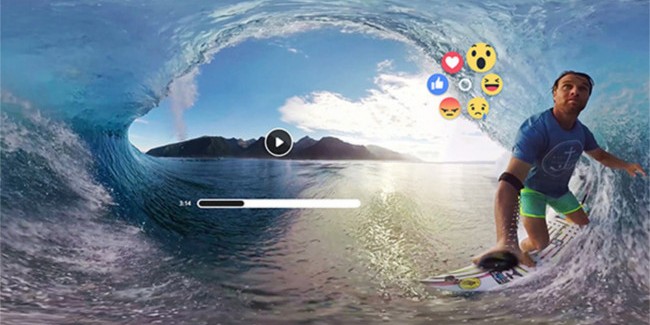 If you thought virtual reality was going to be a lonely experience–well, think again. Today, Oculus has just announced a number of new social features coming to Samsung’s Gear VR headset this week for users to experience.

According to an official Oculus blog post, these features are designed to improve the social experience of using a Gear VR, powered by Oculus, by allowing you to connect with friends in virtual reality. The company believes by incorporating social elements with friends and connecting people from around the world into the VR experience, that it makes the “immersive sense of virtual reality even more compelling.”

Starting tomorrow, Gear VR users will be able to create their own user profiles that will allow friends to search and find each other by real name or their username on the entire Oculus platform to interact with.

Users will also be able to create “rooms” within Oculus Social where they can watch Twitch or Vimeo streams with people they know in virtual reality.

Beginning next week, users will be able to connect to their Facebook accounts in order to access a feed of 360-degree videos that are personalized based on the pages and people they follow. Soon, Oculus says they will allow users the ability to like and share their favorite Facebook 360 videos from within virtual reality.

Oculus is also adding two new multiplayer games that take advantage of some of these new social features. This includes Social Trivia, a game that lets you and up to four friends compete for the high score by correctly answering various trivia questions, and Herobound: Gladiators, a multiplayer adventure game, which allows you to “band together with up to four people to conquer goblins and demons in arena battlefields,” according to Oculus. Both games are available now on the Oculus Store for the Gear VR.

With Oculus’ moving forward with its new social features, the announcement follows right alongside Facebook CEO Mark Zuckerberg’s recent appearance at Mobile World Congress a few weeks ago, where he detailed the company’s effort in creating more social integration and experiences for virtual reality.