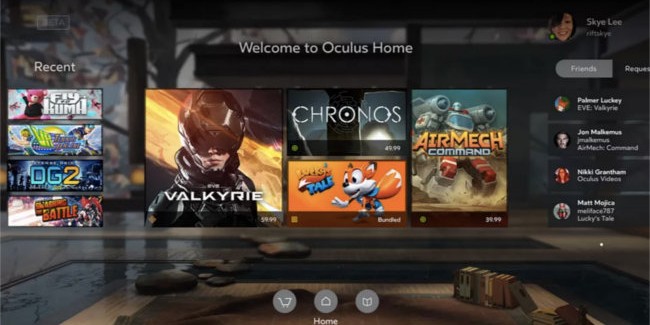 In the recent announcement of the Oculus SDK 1.3 update, Oculus revealed that developers creating virtual reality games and apps for the Oculus Rift do not necessarily have to put their content on the Oculus store to sell their content and can use other outside stores.

This is good news for developers since it allows them to use their own in-app purchasing (IAP) system to sell their content without Oculus taking a cut of the potential profits from sales. Developers will also be able to request royalty-free keys to sell their Oculus PC app on other stores while making it accessible through the Oculus platform.

It is possible for Oculus Rift owners to get these games and apps on their device, as long as they enable “Unknown Sources” setting in the Oculus desktop app. Despite the compatibility of “Unknown Sources” for games and apps, Oculus reaffirms that developers must include a way for users to return to the home menu. In addition to providing notifications, health and safety notices, and Oculus platform overlays are a must.

“The Oculus platform and store are designed to provide the best VR experience and content, but we also recognize that people will want to use apps that aren’t available on the Oculus platform or in the store,” the company said on Monday.

Along with this news, Oculus Rift users will be happy to know that there are now two new sections added to the Oculus Store on PC. These sections are Concepts and Early Access. With Concepts, developers can publish “innovative experiments and tech demos” they are creating. Whereas, Early Access has games that are still in development, but made available to the Oculus Rift community for feedback.

While some people are still hearing about virtual reality for the first time, many enthusiasts have been waiting for this moment for years. Those who pre-ordered the Oculus Rift in January, along with early Kickstarter backers, have started to receive the initial shipment Oculus Rift headset this week. However, those who pre-order now can expect a Rift at their doorstep sometime in the summer.

While some early reviews for the Oculus Rift are a little mixed, most people receiving their new device are very pleased. If there are any criticisms, they center around the heavy price tag, the need for a high-end PC and the lack of motion controllers at the product’s launch.