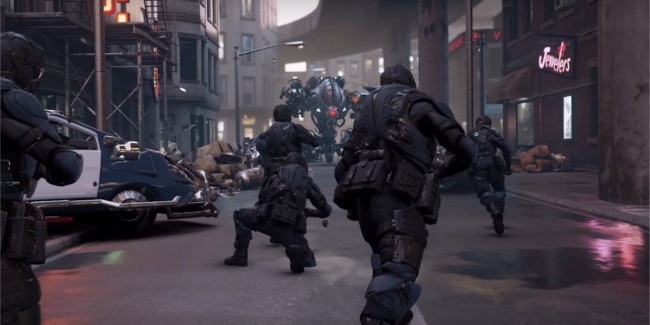 Today, Epic Games released one of its most highly praised VR tech demos to date, known as ‘Showdown’ powered by its own Unreal Engine (UE4) for anyone with an Oculus Rift developer kit to experience first-hand.

The demo not only highlighted the hardware capabilities of the Oculus Rift, but also offered developers a glimpse at the immersive potential of what can be done in VR with the right optimization and development techniques using UE4.

When you download Showdown, it also comes included with its entire content library showing how the demo was put together in UE4, which is great for developers, or anyone with an interest in creating VR content to learn from!

According to Epic, Showdown is compatible with Oculus DK2 (or better), as well as, HTC Vive, and Sony’s Morpheus.

The Showdown demo and all its assets is available now for download directly through the ‘Learn’ section of Epic’s Games Launcher. Be sure to check it out!