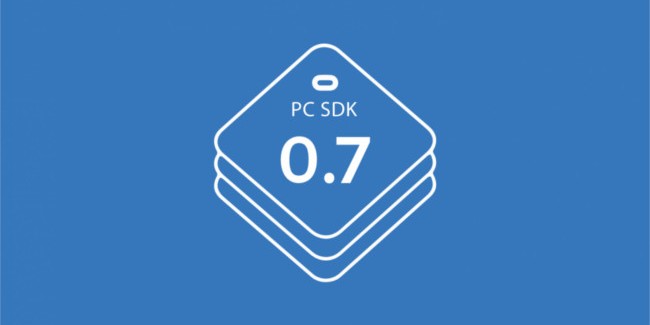 After a week-long delay from its original release date, the latest iteration of the Oculus PC SDK version 0.7 for the Oculus Rift virtual reality headset, is now available for download directly from the Oculus VR website.

As previously reported, the new PC SDK 0.7 is a major update from Oculus that includes significant improvements in stability and reduced latency performance through newly enhanced features like ‘Direct Drive Mode’, which was developed in conjunction with GPU manufacturers Nvidia and AMD.

According to an official Oculus blog post, the addition of Direct Driver Mode is “…the most robust and reliable solution for interfacing with the Rift to date. Rather than inserting VR functionality between the OS and the graphics driver, headset awareness is added directly to the driver. As a result, Direct Driver Mode avoids many of the latency challenges of Extended Mode and also significantly reduces the number of conflicts between the Oculus SDK and third party applications.”

For more detailed information on changes, and features integrated into the Oculus PC SDK 0.7 check out the official Oculus developers blog.