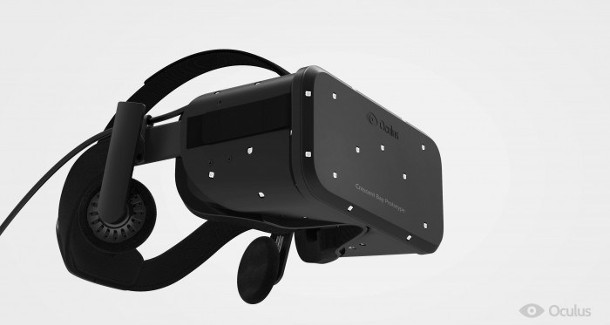 If you didn’t make it to CES 2015, or you were there but didn’t get a chance to demo the latest Crescent Bay prototype of the Oculus Rift, then here is everything you need to know about what it felt like to wear one. There is no question Oculus is bringing VR to life, and with the latest Crescent Bay prototype revealed it is amazing how far they have come.

If you get a chance to try the Oculus Rift Crescent Bay yourself, make sure that one of the demos you experience is Audiobot. It doesn’t sound that interesting when you find out it was only made to demonstrate the integration of VisiSonic’s Real Space 3D technology, but when you experience what that does for the viewer you will understand why it has its own special demo. In this tech demo, you are in a submarine, which is incredibly rendered. You can hear all sorts of things, but then, you suddenly hear a pipe burst behind you. You turn around and automatically look up. Why? Because when the pipe burst the sound you hear actually came from behind and above you. The sound experience is so precise, that it triggers instinctual actions.

The next demo reel up was the city. It was a simply designed and brightly colored cityscape where you were quickly brought to the top of a skyscraper. Once you are up there, the demo reel shows you what happens when you look over the edge at the street hundreds of feet below. Now, imagine standing on the edge of a building in a world that you know can’t be real, looking over the edge and then—you experience the wind whistling around your ears, and the sound of the city at night comes alive in the streets below. It is this combination of dimensional vision, and 3D spatial audio that then leads to an automatic sense of vertigo. This demo proves the power of true VR, you really will feel and physically respond to what is not there.

The Tease of What the Gaming Experience Could Be Like

A familiar tech demo from Epic Games’ of Showdown, previously shown at Oculus Connect in September, still gives an impressive taste of what gaming in VR is capable of when its designed specifically to utilize the full potential of its hardware, and software. The demo is incredible, mind-blowing, and almost overwhelming experience of sci-fi action, complete with explosions, bullet-time sequences, and a massive droid robot. Its definitely a fan favorite.

When Will the CV1 Be Out?

As much as trying out the Oculus Crescent Bay makes you immediately ask when the consumer CV1 will be out—we are not quite there yet, but close. Its uncertain if Crescent Bay is the exact experience consumers can expect when the first consumer version is launched, however what can be said for sure is that the Oculus Rift is coming, and it is going to change everything.

Oculus Is Working on VR Controller for the Oculus Rift

Oculus Rift Could Be Used More for Films than Games