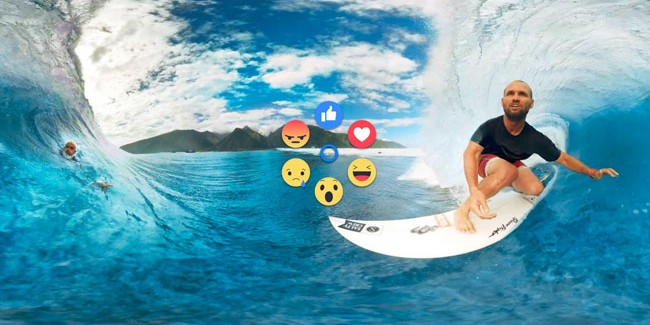 On Wednesday, Oculus announced the launch of 360-degree video reactions for the Samsung Gear VR headset.

This latest social feature allows users to be able to react to the 360-degree videos they’re watching by simply choosing between one of Facebook’s six emojis, such as “like”, “love,” or “sad”—including the ability to see the emoji reactions of other viewers as well.

Oculus first teased the new social feature back in March when the company began allowing users to connect to their Facebook accounts using the Gear VR with Oculus Video to get a personalized feed based on the pages and people they follow. According to Oculus, the new emoji reactions will also be available for 360-degree photos in the coming weeks ahead.

This latest update is a simple, yet effective step forward by the Facebook-owned Oculus to incorporate social elements on its platform. It’s an effort that will enhance the overall social experience, and build upon engaging in more unique interactions with users in virtual reality. And though we are not quite there yet, the future of VR is certainly on track to make immersive experiences much more social, and less lonely.