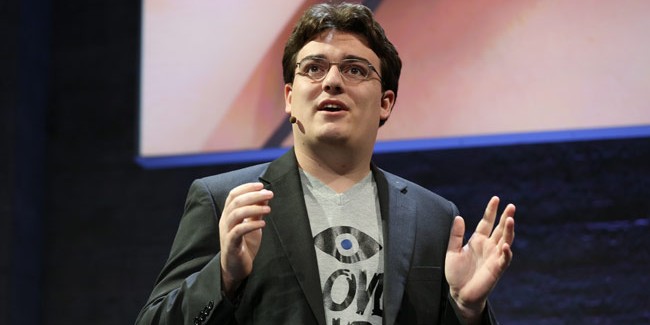 If you ever owned a gaming console you are no stranger to the ongoing battle of exclusivity rights to a specific platform. Typically, depending on what side you’re on, you may view this as a competitive advantage over the competition. However, there are many who question if this approach actually hurts the industry as a whole, rather than helps it.

The debate has caused quite a ‘Rift’ (no pun intended) among many in the VR community; including industry veterans like Valve co-founder Gabe Newell expressing how exclusives are not good for consumers or developers.

Oculus founder Palmer Luckey has come under fire over the whole exclusivity fiasco, but has since come out to defend his company’s position and shared his view on how investing in early content development for a specific platform will ultimately help the VR industry propel forward.

“You see Sony investing in their content the same way,” explained Luckey via an interview with TechCrunch. “They want to make things that take advantage of their features that they have in the best way possible. Over time, that’s how the VR industry is going to move forward. In the short-term and the long-term, it’s good.

“The short-term pain that some people feel, and I totally understand, is I want to play this game and I’m not able to right now. The reality is, I can see where that’s painful for some people, but that doesn’t mean that it’s bad for the VR industry, or that it’s fragmenting it, or in the long run, it’s not the right way for the ecosystem to work.”

While Luckey’s firm stance on platform exclusivity rights will likely continue to face its share of vocal opposition from the VR community for quite some time, it remains clear that the company will continue on its long-term, strategic path that aims to benefit the entire industry in the end—well, at least according to Luckey that is.

Luckey also points out that while Oculus Studio titles will remain exclusive to the Oculus store and platform, it does not necessarily mean that users will never be able to play them on other VR hardware.

It’s worth noting that Oculus does not ask any third-party studio to stop development for other platforms in exchange for funding to support the release of a game. In these particular cases, a developer of an Oculus-funded game can still choose to release their title on other VR platforms at some point in the future.