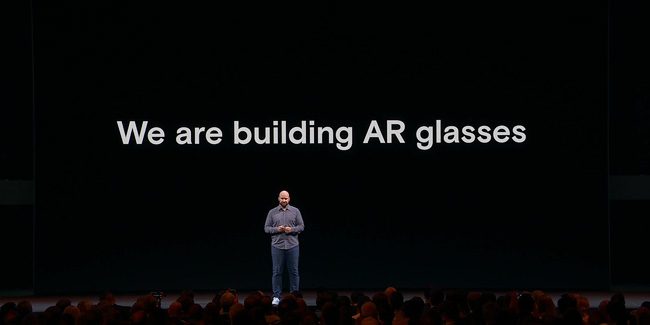 At Oculus Connect 6 (OC6), Facebook has officially confirmed after months of speculation that the company is developing its own dedicated pair of consumer-focused augmented reality (AR) glasses.

Facebook’s VP of AR/VR, Andrew Bosworth, revealed on stage during his OC6 keynote that the company currently had “a few” prototypes of AR glasses in works, but offered no specific details about them since it is still “a few years out” before the hardware is considered to be close to consumer-ready. Bosworth says that, in the meantime, the Facebook Reality Labs research team is already working towards building “the core infrastructure that will underpin tomorrow’s AR experiences” and will aim to bridge the divide between the physical and digital world to unlock human potential and bring people closer together. The company is calling its research ‘LiveMaps’.

“Using machine vision alongside localization and mapping technology, LiveMaps will create a shared virtual map of the world,” Oculus states in a blog post. “Rather than reconstructing your surroundings in real-time, these AR glasses will one day tap into existing 3D spaces that were previously saved to the cloud. That means drastically reduced compute power, so that this tech can run on a mobile chipset. With these 3D spaces, your avatar could teleport anywhere in the world, giving you the ability to stay connected to the people in your life while you’re on the go.”

While it may be some time before we can expect to get our hands on a pair of these AR glasses and actually be able to experience LiveMaps for ourselves, the company says it is committed to continuing its research out in the open and sharing its ongoing progress along the way as it makes its ambitious augmented reality technology a reality.