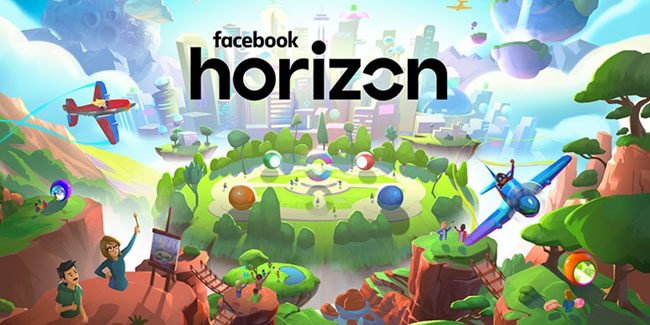 Horizon is described as an “interconnected world” where users will be able to create their own customizable VR avatars, hang out with friends, meet new people, build communities, explore, play games, watch movies, and even build their own environments and new experiences.

User-generated content is expected to play an important role in creating the ever-expanding world that the company ultimately envisions for Horizon, as its social VR platform grows and evolves over time in the coming years ahead.

“People will also jump into various other Horizon worlds, built using the World Builder, a collection of easy-to-use creator tools,” Oculus stated in an official blog post. “Everyone will have the power to build new worlds and activities, from tropical hangout spots to interactive action arenas, all from scratch—no previous coding experience needed. “Whether people choose to build, play, or simply hang out, Horizon will ensure a welcoming environment through new safety tools and human guides—Horizon Locals—to answer questions and provide assistance, if needed.”

With Horizon launching next year, the company says it will be shutting down both Facebook Spaces and Oculus Rooms on October 25th to focus its efforts on its new social VR platform. An open beta for Facebook Horizon is confirmed for early 2020, and users interested can sign-up now to be notified when access to the beta goes live.