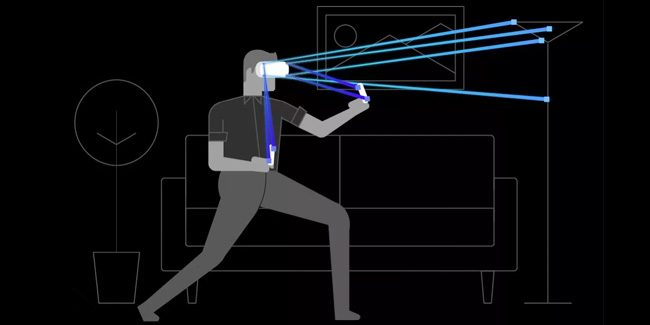 Oculus’ parent-company Facebook has published a blog post that explains the background story behind the development of its inside-out positional tracking system called Oculus Insight, which is the cutting-edge technology that powers both Quest and Rift S without the use of any external cameras.

The core foundation of Oculus’ Insight is built on a technology referred to as SLAM, which is an acronym that stands for simultaneous localization and mapping. The tech uses computer vision (CV) algorithms to essentially combine multiple sensor data from the headset and controllers to establish its position within a constantly updated digital map.

Oculus first demoed SLAM in the Santa Cruz prototype VR headset in 2016, but back then the technology was not advanced enough to deliver the level of precision and efficiency required to achieve the best possible consumer VR experience. As a result, the team drew upon Facebook’s years of AI research, engineering, and mobile AR work to develop a more advanced version of SLAM that was also capable of running efficiently on a mobile device like Quest.

“We wanted to create a system that lets you move and explore a VR world just as naturally and easily as you would in real life,” says Anna Kozminski, Software Program Manager at Oculus. “With inside-out tracking in the headset, VR becomes as easy as putting on headphones to listen to music.”

The team also extensively tested Oculus Insight with an array of OptiTrack motion-capture cameras, which are similar to the kind of camera systems used for Hollywood VFX productions. According to Facebook, “by comparing the measurements recorded with the OptiTrack cameras with the data from Oculus Insight, the engineers were able to fine-tune the system’s computer vision algorithms so they would be accurate within a millimeter.”

Facebook goes on to say that technology that currently powers Oculus Insight will ultimately translate to new types of immersive experiences on future devices, and while it’s still a long way to go, the company says it will eventually lead to all-day wearable augmented reality (AR) glasses that are spatially aware.

Be sure to also check out Facebook’s in-depth technical post for more detail into the how the team addressed the challenges to successfully cut the cord on virtual reality devices, so that users could put on a headset and immerse themselves in the virtual world, without having to set up any external tracking cameras to capture their movements.