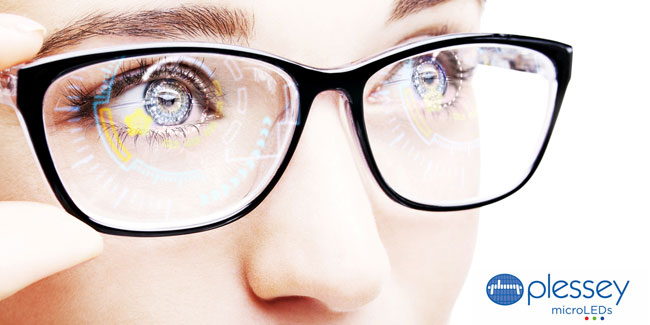 Oculus parent-company Facebook continues to take key strategic steps towards developing and releasing its own viable lightweight augmented reality (AR) headset for the consumer market, as the company has just signed an exclusive deal with Plessey, a UK-based microLED technology manufacturer renowned for its AR/MR display applications.

“We have decided to work with Facebook to help achieve their vision of the next computing platform centred around people,” Plessey says in a statement. “Under a new commercial agreement, our LED manufacturing operations will be dedicated to helping Facebook prototype and develop new technologies for potential use in the AR/VR space.”

Plessey is known for specializing in designing and manufacturing full-field emissive microLED display solutions, which the company says is capable of producing high pixel-density and very high brightness while delivering high frame rates and low power consumption for AR and VR headset systems.

Some reports also suggest that Apple was recently interested in making a deal with Plessey for itself. According to The Information, the tech giant allegedly was looking to acquire the company outright for its microLED technology to advance its own vested interest in the AR market, but both companies failed to agree on the terms.

Dr. Keith Strickland, co-CEO and CTO of Plessey, said, “We are delighted to announce this new commercial agreement with Facebook. Plessey has been at the forefront of Micro LED display development and this agreement recognizes the significant advances in our capabilities that we have made in recent years and we very much look forward to working with Facebook to help bring their vision to life.”

Facebook has been positioning itself to be the industry leader of virtual reality and AR hardware since its 2014 acquisition of Oculus for $2 billion. Most recently, the company acquired Scape Technologies Ltd., a London-based computer vision startup that specializes in building technology that could pinpoint location with better accuracy than just GPS. Using a cloud-based ‘Visual Engine’, the technology can translate images and references into 3D maps in the cloud, allowing potential uses for full city-scale augmented reality capabilities and location-based experiences.

Last year, meanwhile, it was reported that Facebook had partnered with Ray-Ban‘s parent-company Luxottica to help design and develop a pair of augmented reality glasses for consumers that could one day replace smartphones. It is said that Facebook aims to release its first AR wearable product sometime between 2023 and 2025.