Facebook 'Horizon' Invite-Only Beta Will Start in the "Coming Weeks" 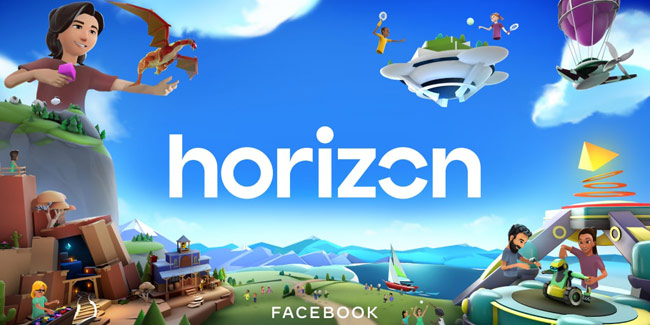 Oculus’ parent company Facebook has been working on its new social VR experience, Facebook Horizon, for quite some time now. This week the company announced that it is expanding access to Horizon and making it available as an invite-only beta.

Facebook Horizon is built around a strong emphasis on community collaboration and user-generated content. Users will be able to create their own customizable avatars, hang out with friends, meet new people, explore, play games, and even build their own new worlds and experiences.

As it rolls out into public beta, Horizon has been filled with new games and environments for community members to enjoy and take part in. Facebook is also ensuring that people feel safe, comfortable, and in full control of their Horizon experience. The company is introducing several new features and tools to combat abuse on the platform, including the option for a user to step away from the VR world and access a personal “Safe Zone” through their wrist menu at any time in Horizon. Here a user will have the power to mute, block, and report people and content around them.

According to Facebook, Horizon will always capture the last few minutes of a user’s session, which will not be seen by any human personnel unless the user files a report. When a report is submitted, this captured recording can be used to help back up a user’s claim as to what transpired during their session in Horizon and is sent over to a trained safety specialist for evaluation to take appropriate action, after which the recording is permanently deleted.

When using Horizon, users are required to link up their Oculus headset to a Facebook account. However, in-game a user’s real name is not publicly displayed and instead will show up as their Oculus ID, which allows people to still maintain some sense of privacy and anonymity when interacting with others in the virtual world.

There is no word yet on when the invite-only Facebook Horizon beta will be open, but the company says it will be here in the “coming weeks” ahead. It will likely be accessible as we start to get closer to Facebook Connect (formerly known as Oculus Connect) on September 16th. You can join Horizon’s waitlist here, ahead of an official launch today!