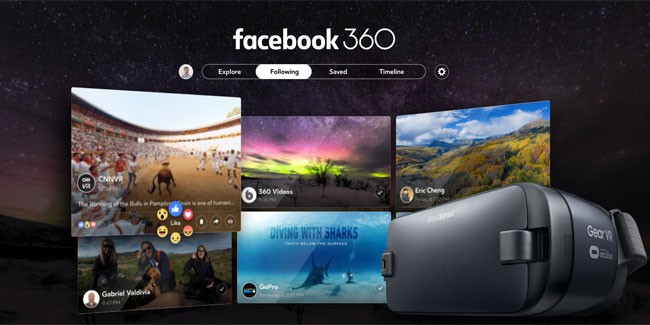 Oculus’ parent-company Facebook has announced several new features to its live-streaming platform in an effort to improve the experience of watching and making Live 360 video content.

First up, Facebook is introducing a ‘Live 360 Ready’ program, which essentially is a certified approval by the company for third-party 360 cameras and software solutions that are capable of providing the best Live 360 experience. Facebook says you’ll be able to recognize Live 360-enabled cameras and software by the Facebook Live logo on their packaging or website. So far, the list consists of 11 cameras and seven software suites including:

One of the big features the company is also adding to significantly improving the quality of live-streamed 360 videos is support for up to 4K resolution, which you can now enjoy in virtual reality through the free Facebook 360 app for the Gear VR, available on the Oculus Store.

“We’re excited to see all the great moments you share in 4K with Live 360, and how your friends and followers experience these moments in fully immersive VR”, Facebook wrote in a blog post.

In addition, Facebook is introducing a way for creators to stabilize Live 360 video after a broadcast is streamed with the use of algorithms when it detects that the video may be a bit too shaky. By doing so, this helps make the viewing experience better and much more comfortable for VR users.

Lastly, there is guide tool for creators to highlight the most important parts of their broadcast to viewers, heatmaps to see when and which parts of their video have the most user engagement, and the ability to crosspost a Live 360 broadcast to help increase exposure.

Other features include a donate button allowing viewers to support US non-profits for verified streamers and the ability to schedule when streams are going live, so followers can know the exact date and time of the broadcast.