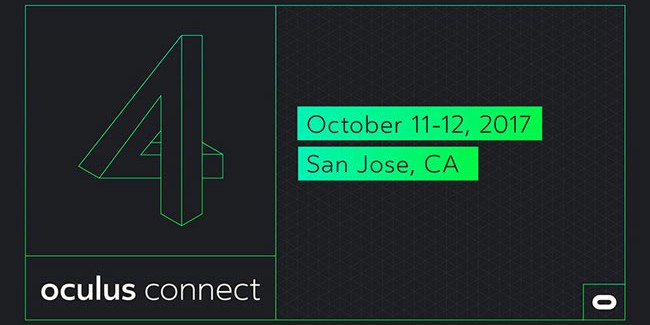 The fourth annual Oculus Connect developer conference, OC4, is set as a two-day event that will take place on October 11th and 12th in San Jose, California at the McEnery Convention Center. For those interested in attending, the company has announced that applications are now officially open.

Registrations completed by August 21st are eligible to receive ‘early bird’ pricing at $299, while regular conference passes are going for $399. Oculus also offers developers and students/academics from an accredited college or university additional discounted pass rates priced at $199 and $99 respectively.

While the official OC4 schedule has not been revealed yet, attendees can expect an exciting lineup of tech talks, hands-on demos, special guests, and signature keynotes from speakers like Oculus CTO John Carmack and Oculus’ Chief Scientist Michael Abrash.

There will be more than 30 sessions at this year’s OC4 that will deal with a variety of VR topics, as well as in-depth discussions on the future of virtual reality—including ideas and innovative solutions to current challenges that will help push the VR industry forward. According to Oculus, these sessions will span across four content tracks, including:

Oculus Connect remains the company’s most-anticipated annual event of the year, and we definitely expect to see some exciting announcements to be made at OC4. Stay tuned!