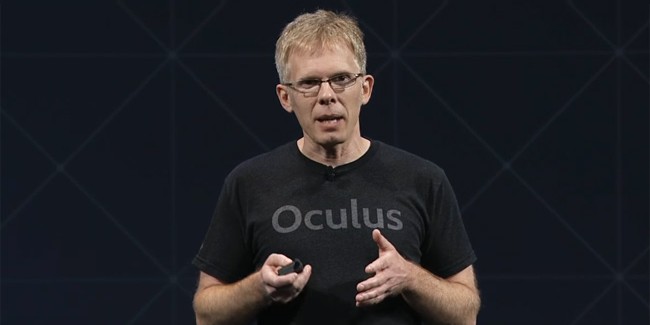 The complaint filed on behalf of Carmack alleges that ZeniMax wrongfully refuses to make a final payment that it owes from the acquisition of id Software in 2009, a game development studio Carmack co-founded that is best known for revolutionizing the first-person shooter genre with video games classics as Doom and Quake.

According to the lawsuit, ZeniMax agreed to pay $150 million for the purchase of id Software, for which Carmack received a promissory note valued at more than $45 million at the time of the sale when he was a majority stockholder. Carmack converted half of that note into shares of ZeniMax common stock in 2011, but says he has yet to be paid the other half. Carmack’s lawsuit claims that ZeniMax is not paying back the money he says he is owed due to “sour grapes.”

In response to the lawsuit, a ZeniMax spokesperson said that Carmack’s claims are “without merit.”

“Apparently lacking in remorse, and disregarding the evidence of his many faithless acts and violations of law, Mr. Carmack has decided to try again,” a statement reads. “We look forward to presenting our response to Mr. Carmack’s latest allegations in court.”

This lawsuit follows a jury’s decision in February, which awarded ZeniMax a $500 million judgment against Oculus for copyright infringement and false designation.

Oculus plans to appeal the jury’s decision, while ZeniMax is seeking an injunction to halt the sale of any Oculus products that are using its contested VR code.