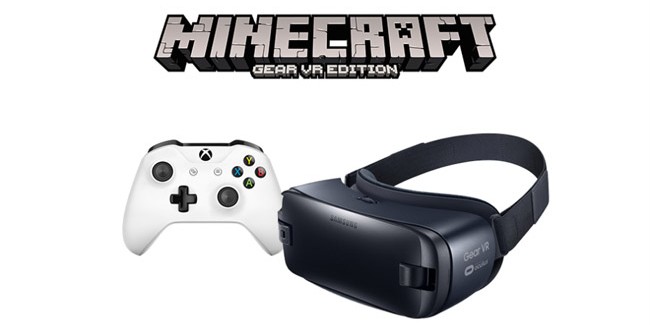 Today, Microsoft announced that Xbox One controller support will make its way to the Gear VR, powered by Oculus with Minecraft: Gear VR Edition being the first game confirmed to be compatible.

Thanks to the new Xbox One Controller with built-in Bluetooth connectivity, you’ll now be able to connect the controller to any Gear VR-compatible smartphone, such as Samsung’s Galaxy Note 7 and Galaxy S7. Keep in mind, that this means older versions of the Xbox One controller will not work, since they are not equipped with Bluetooth functionality.

According to Microsoft, Gear VR users can look forward to more controller-enabled titles like Herobound, Spirit Champion, Omega Agent, and End Space to be available in “the coming months.”

If you’re heading out to attend MINECON this weekend, you’ll be able to try Minecraft: Gear VR Edition plays with an Xbox One controller over at the Oculus booth. Also, be sure to check out Microsoft’s helpful step-by-step instructions on how to connect your Xbox One controller with upcoming compatible titles for Gear VR.

One thing is certain, this support further shows the solid commitment and partnership between Microsoft and Oculus in working together to integrate products that will benefit its gamers. Perhaps, this is just another step closer to a likely Oculus partnership for Microsoft’s upcoming Xbox Scorpio? We’ll just have to wait and see.