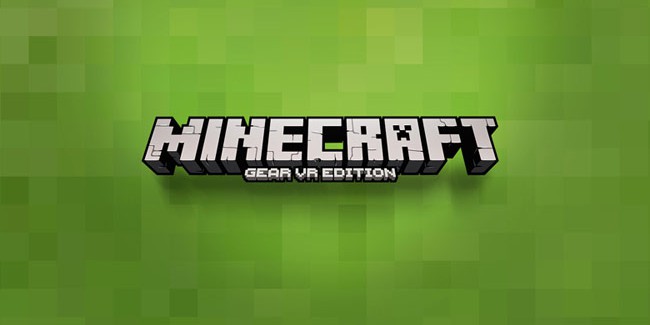 Today, Oculus officially announced the release of the highly successful game franchise, Minecraft for the Gear VR on the Oculus Store.

Bringing Minecraft to virtual reality was a project in the works for quite some time now. Oculus CTO John Carmack, who had been closely involved in the process of developing the Gear VR version of Minecraft since last year, shared his thoughts and excitement in a blog post on finally releasing the game, and the positive impact it could have for mobile VR.

“Minecraft is a game that you can both figuratively and literally lose yourself in,” says Carmack. “In fact, my strongest memories of being inside VR are from the time I’ve spent exploring Minecraft on Gear VR. Experiencing it in virtual reality changes it from an abstract activity to a visceral one – it goes from a sense of playing the game to one of being inside your world, and spinning around to find a creeper sneaking up on you leaves a powerful impression. Infinite worlds have been explored, shaped, and shared by millions of people, and now in VR; that sounds a bit like the fabled Metaverse.”

Minecraft: Gear VR Edition is on sale now for $6.99, however, it will also require a separate gamepad peripheral (sold separately) to move and interact within the virtual world. The new Gear VR edition is said to support every game mode and offers all the features from Minecraft: Pocket Edition, including multiplayer.

Oculus’ Palmer Luckey Responds on Reddit to Criticism of Past Comments