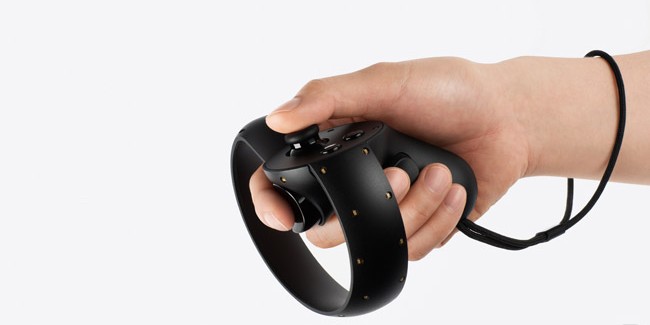 There are new reports that appear to confirm the long-awaited Oculus Touch controllers will cost £189.99 in the UK. This is according to Engadget reporter Nick Summers who spotted the price on a store display at UK’s major video game retailer GAME and shared the photo via Twitter.

This isn’t the first reported leak on the price for the Touch. Early this month, German electronics retailer, Media Markt, published the price and launch of the Touch on their store website, but it was quickly removed shortly after reports started circulating.

Currently, there is still no official word on how much the Oculus Touch will cost once it ships to the U.S. Oculus has been keeping quiet on the exact details, however, Rift owners should expect it to cost around the $200 range.

Oculus Touch controllers to cost £190 in the UK. Crikey. pic.twitter.com/zg9JTNiCg8

Once the Oculus Touch is released, Rift users will be able to experience a new level of ‘hands-on’ immersion in the virtual world while using the Oculus Rift headset, similar to HTC Vive. This was one of the key differences between the two platforms, but Oculus is finally preparing to put that to an end and offer its own motion controller solution.

It’s only a matter of time before Oculus is ready to reveal the official price and release date of its Touch controllers. We will more than likely find out more at the Oculus Connect 3 developer conference starting on October 5th.