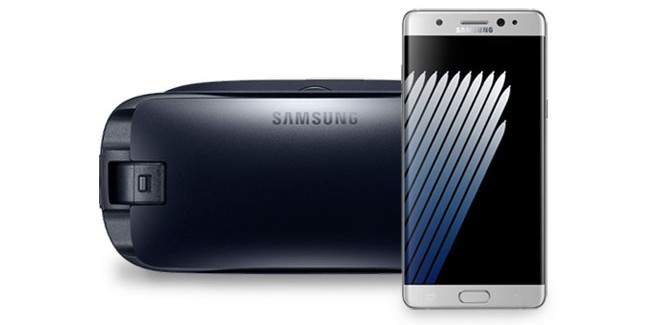 Are you enjoying your Gear VR headset with Samsung’s latest flagship smartphone, the Galaxy Note 7? Well, if so, you may want to hold off and take some precaution due to a safety concern.

Today, Samsung has issued a worldwide recall of the Galaxy Note 7, after several users report the phone was “exploding” and catching fire while charging. The news comes just days after the company had reportedly delayed shipments to investigate the situation.

According to an official statement, Samsung has confirmed that the issue is caused by a flaw in the phone’s lithium-ion battery cell and has temporarily halted sales of the Note 7 until the problem is resolved. In an effort to ensure the safety of its customers, Samsung is offering to replace all Note 7 phones that have already made their way into the hands of customers. Currently, the company is working closely with its retail partners to deal with the recall and is preparing new replacements to be made available as soon as next week.

While reports suggest this issue only effects around 0.1% of all the Note 7 phones that were shipped so far, it is strongly advised that you avoid using your Note 7 until you exchange and receive your replacement. This is particularly true for those who use the Note 7 with a Gear VR headset, which is known to put considerable amount of stress on the CPU, processor and the battery of the device to deliver one of the most immersive mobile VR experiences available on the market today. So, it’s important for users to keep that in mind.

If you have any questions regarding the exchange, be sure to reach out to your the retailer where you purchased the Note 7 or contact Samsung directly at 1-800-SAMSUNG.