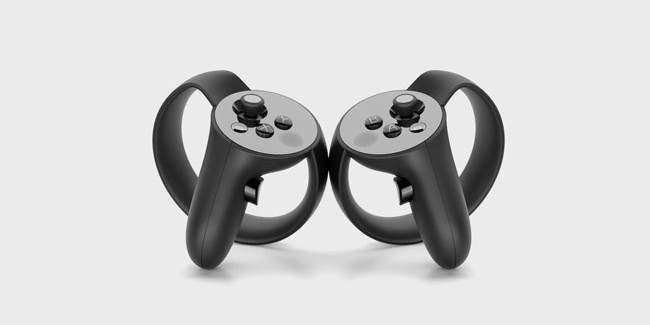 When the Oculus Touch motion controllers were first revealed back at E3 2015, the initial hardware was well received and helped showcase a new, immersive sense of presence for Rift users to experience with the Oculus Rift virtual reality headset. While there was much hope amongst fans for the controllers to have been launched alongside the Rift headset back in April, Oculus made a decision to delay the release—a decision which some have questioned whether the lack of motion controllers at launch was the right move by the company. Well, Oculus goes on record to further explain its strategic reasoning behind the decision, as reported by Road to VR.

According to Head of Content at Oculus, Jason Rubin, the company could have launched their Touch controllers’ simultaneously with the Rift but decided to hold off to give developers more time to create a strong lineup of full Touch-supported games for the Rift, as opposed to just some VR demos and handful of good titles.

“[If we launched Touch then] there would have been a bunch of demos and a few good titles (like Job Simulator and Fantastic Contraption) […] we wanted to give our developers enough time to really create a launch line up, a good slate of titles that would last hours as opposed to minutes of enjoyment, and we think that that takes time,” said Rubin.

In addition, Rubin goes on to explain how the extra time also allowed Oculus the opportunity to continue enhancing the overall ergonomics and performance of its highly-anticipated Touch controllers, which for the company is crucial to ensure “everything was perfect” before releasing it.

Clearly, Oculus is determined to deliver superior quality with its hardware and software, even if it means delaying a product is not the most popular decision in the short term. Up until now, HTC Vive has seemingly been dubbed as more of a complete VR experience with its bundled motion controllers and room-scale capabilities right out of the box; however, with the soon-to-be-released Oculus Touch drawing near, perhaps, will see that perception change.

While no specific price or release date has been announced for the Touch controllers other than a Q4 2016 launch, we expect to hear a lot more exciting news at the upcoming Oculus Connect 3 developer conference on October 5th-7th. Stay tuned for more details, as it develops.