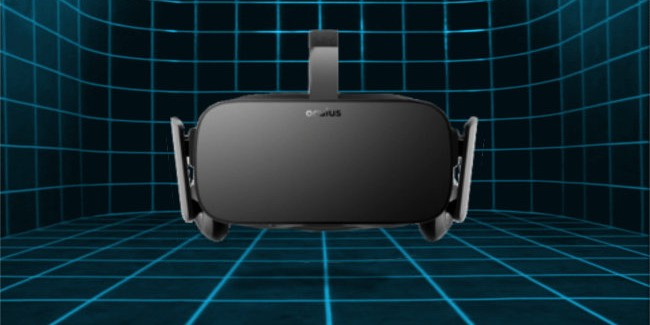 When you think of the Holodeck, the first thing that comes to mind is Star Trek’s iconic virtual reality room onboard the Starship Enterprise. A technology so advanced, that it can simulate an ultra-realistic, holographic environment that changes to offer completely unique and immersive experience to a person without the need of a headset! Sounds pretty amazing, huh? Well, according to Oculus, the Holodeck experience will actually be possible within our lifetime.

In an interview with Pocket-Lint, Head of Mobile at Oculus, Max Cohen shared his thoughts on what many consider as the ‘holy grail’ of immersion—the much-desired Holodeck. While achieving this technological challenge is still a long road ahead, Cohen believes we will get there in about 15 years.

“Everyone wants the Holodeck, but we’re not there tomorrow. We’re not there in the next five years. In about 15 we’ll be there,” Cohen said.

Cohen points out that making progress towards the Holodeck becoming a reality will happen “incrementally,” and as solutions to various sets of problems are solved, the goal will be to “make the experience as good as possible.”

Currently, one of the limitations that high-end virtual reality headsets, like the Oculus Rift (and HTC VIVE) is facing is the lack of wireless capability. Right now, they require a wired connection from a powerful PC in order to function and output any kind of VR experience to the user. With the exception of the Gear VR, which is wireless and harnesses its power from a smartphone, it cannot compare to the Oculus Rift in terms of the hardware and graphical performance it gets from a high-end computer. According to Cohen, making the Oculus Rift into a wireless-powered device has many challenges of its own.

“Unfortunately, it’s currently not possible to get the Rift experience with a wireless head-mounted display. And we’re having spectrum problems all the time – I can’t even use Netflix and my baby monitor at the same time,” Cohen explains.

Cohen reveals that one of the company goals is to deliver a wireless Oculus Rift headset to consumers in the future.

While the high-end wireless VR and Holodeck experiences still have a long way to go, it’s definitely exciting to imagine all the possibilities we can look forward to.

For now, if you want arguably the best virtual reality experience that will hit the market, be sure to get your pre-orders for the first consumer version of the Oculus Rift priced at $599, which will begin shipping in March 2016.