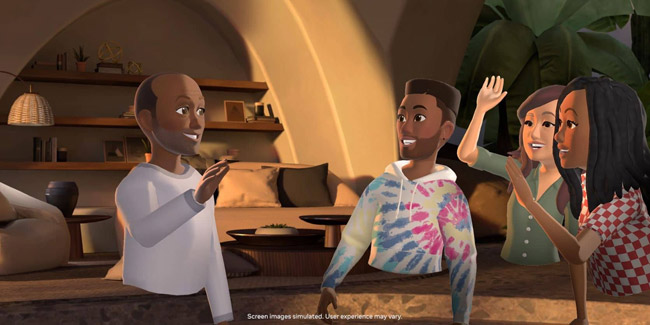 Today at Facebook’s annual Connect conference, the company announced that Oculus Home is being enhanced and rebranded as Horizon Home on the Quest platform, bringing new and exciting social features with multiple users to the experience.

In Horizon Home, users will be allowed to invite friends to their virtual home space, where they will be as embodied as their avatars. Here users will be able to hang out and spend time with friends, co-watch videos, or even launch games and apps in VR to experience together.


Facebook says it is also currently working on the ability for users to build and customize their home environment to help make their virtual space reflect more of their own unique and personal style. We will likely see some similar tools and functionality that Oculus Home for Rift on PC provides users. This customization capability for Horizon Home is “a little further out,” but it is on the way, according to Facebook.

As part of the company’s branding efforts to streamline its first-party social VR experiences under one name, Horizon Home now joins Horizon Worlds and Horizon Workrooms, as well as Horizon Venues, previously known as Oculus Venues. In addition to the Home update, Facebook also plans to add Messenger audio calls to VR for making voice chat with friends from any Messenger-enabled platform conveniently right from within the headset, allowing for a more seamless social experience on Quest later this year.