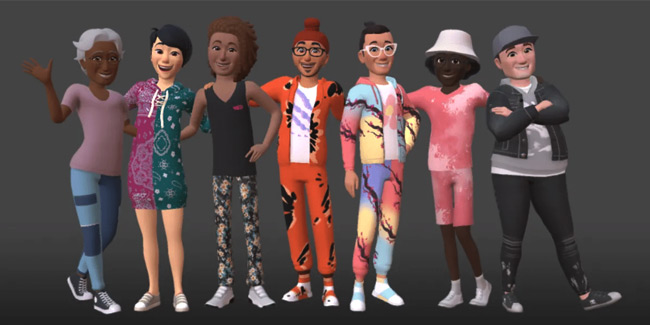 At Facebook’s annual Connect conference today, the company announced that its latest Avatars SDK will launch for Unity in December, with Unreal Engine 4 to follow, allowing developers to integrate the new Oculus Avatars 2.0 into their apps and experiences.

Facebook first began rolling out its redesigned Avatars 2.0 earlier this year, which offers far more customization and expression than prior releases. With Avatars 2.0, the company aims to create a more unified and cohesive social space with your virtual self across all first-party applications, including Facebook Horizon, Facebook app, Messenger, Instagram, and more. And now, with the upcoming release of the Avatars SDK, the company hopes that developers will take full advantage of integrating the new-and-improved avatars into a wider range of games and applications on the platform.

Up to now, only a handful of third-party applications have had access to the new Avatars, such as in Epic Roller Coasters, PokerStars VR, Topgolf with Pro Putt, Synth Riders, and ForeVR Bowling. With the release of the Avatar 2.0 SDK coming in December, more developers will soon have the option to utilize the new avatar system.