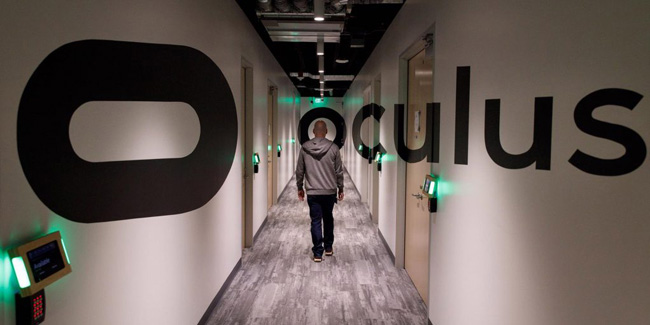 At Connect 2021, Facebook announced that it was changing its name to Meta. But it appears the company is taking its rebranding efforts a step further by phasing out the brand that arguably kicked off this entire VR revolution, Oculus, from its product line.

In a Facebook post, Meta’s VP of VR/AR, Andrew Bosworth, revealed the company’s decision to phase out the Oculus brand is to streamline all its VR/AR products and services under the Meta name. Essentially, ensuring that its ambitious vision to build the metaverse is at the forefront.

“VR will be the most immersive way for people to access the metaverse and as we look toward our goal of bringing 1B people into VR, we want to make it clear that Quest is a Meta product,” Bosworth wrote. “For this reason, we’re simplifying our brand architecture and shifting away from the Oculus brand. Starting in early 2022, you’ll start to see the shift from Oculus Quest from Facebook to Meta Quest and Oculus App to Meta Quest App over time.”

For many, who have followed Oculus’ journey for nearly the past decade, the news of the Oculus brand phasing out from all VR hardware products seems unfortunate and somewhat like the end of an era. Yet, with this change comes the next chapter for what lies ahead in this exciting VR/AR future and what hopefully can become of the metaverse.

Bosworth noted that the decision to change the Oculus brand from its hardware was a “very difficult” one to make, acknowledging the “strong attachment” the company and those in the VR community have for the Oculus brand.

“While we’re changing the brand of the hardware, Oculus will continue to be a core part of our DNA and will live on in things like software and developer tools,” Bosworth wrote.

As part of the rebranding, Meta is also changing other aspects of its VR/AR divisions. Facebook Reality Labs will be known as just Reality Labs, and the name change will officially take effect “over the next few weeks and months.”

Additionally, the company’s social VR applications will also shift away from the Oculus brand and expand under Meta Horizon as the brand for all its own first-party immersive social experiences developed for the platform, which now includes Horizon Worlds, Horizon Workroom, Horizon Venues, and Horizon Home.